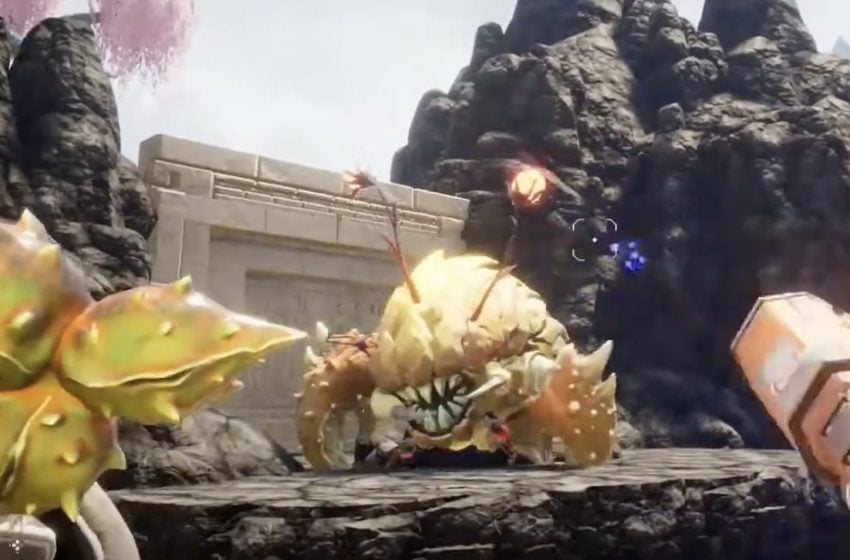 505 Games’ Journey to the Savage Planet, which is out now, is all about exploration and enjoying the game’s devious sense of humor. But there are some boss battles that you’ll need to contend with.

One of the first ones you’ll come across is the Cragclaw. You’ll find this ugly little spud early on in the game, within The Landing Site area. He looks like he won’t do that much damage at first, but his fire attacks are more devastating than expected. With this guide, though, you’ll be able to take him down with ease and continue your adventure.

The Cragclaw has a tender area that you probably wouldn’t expect—his tentacles. These look like glowing boppers that are on top of his head. By shooting at these, you’ll chip away at his health as he prepares for the next phase of the attack.

The only downside is that they’re small. You may have to move in closer to target them better, though that will make you more likely to take damage from his attacks. However, if you know how to avoid them—which we break down below—you can easily hurt him as he goes through his phases.

How to avoid the Cragclaw’s attacks

The Cragclaw will start by shooting waves of fire at you. Fortunately, these are easy enough to avoid. The first wave will come along the ground, so jump over that. The next one will come in at a higher velocity, so you’ll want to duck when it comes your way. Finally, he fires off another ground attack, so jump again. Remember that process—jump, duck, and jump—and keep shooting the boppers on his head. Keep an eye on when his claw hits the ground. That’s an indicator that he’s about to launch a wave.

Once you defeat him in this phase, he’ll move on to the second. Along with his wave attacks, he’ll shoot head bombs at you. You’ll need to avoid these by moving to another platform. With your jump and grapple beam, you should be able to reach these without dying a fiery death. Watch for a flame that shoots out of his head, it’s your signal that you need to move.

Now comes the third and final wave. He’ll still have the same attacks, the waves, and the bombs. However, he’ll have even more boppers on his head that you’ll need to shoot, five in all. You’ll want to continue avoiding his attacks and firing away until all the tentacles are destroyed. This will take a slight bit longer than the last two waves but keep at it.

Get through all three waves, and the “giant crab beast” will be done for. If you need some video to go off of, 100% Guides has posted this helpful clip to give you an idea of how the Cragclaw’s attacks work, and how you can counter them.

Journey to the Savage Planet is available now on Xbox One, PlayStation 4 and PC.