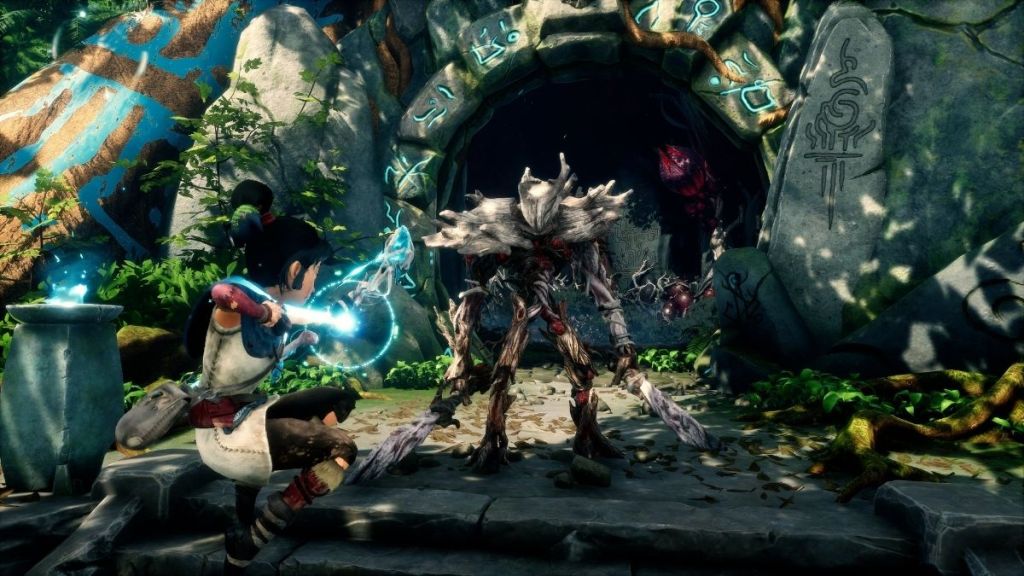 The Sprout Captain is a pretty tough boss to tackle. He swings wildly with plenty of combos that can easily throw you off if you aren’t light on your feet. With that being said, you’ve finally cleansed all the shrines in the Forgotten Forest and you’ve made your way to the Guardian Tree. Stand on the platform and use your Spirit Pulse. Now let the boss fight commence. Here are some tips to help you beat him.

The Sprout Captain will appear behind the large door that opens. It doesn’t take long for him to chase you down and get in some good swings. This boss wields two wooden swords which he uses to his advantage. He typically starts off by performing a two-attack combo. It’s easy to dodge if you dodge toward him. We also recommend unlocking the Parry Counter ability. His combo is pretty easy to parry and will leave him open to your spinning attack which deals pretty decent damage. Usually, the Sprout Captain will lunge at you after his swipe attack. This is easier to dodge than it is to parry. Be prepared when then happens because it can come pretty quick. The Sprout Captain also has the ability to get in a three-swipe combo on occasion. Be on your toes and either parry to prevent all the attacks from happening or dodge toward him to stay clear of his blades.

Tips for defeating the Sprout Captain

When the doors first open, you should have plenty of time to hit him with a couple of arrows before he comes barreling toward you. Use his first couple of attacks to practice your parry timing if you plan to parry throughout the fight. If you plan on dodging, try dodging toward him rather than away or to the sides. It’s easiest to dodge his attacks this way and will help you get in close to deal some damage. Don’t get greedy. The Sprout Captain recovers fast and won’t hesitate to teach you a lesson. Ranged attacks are good and he can be baited into lunging more often if you stay far away from him. His attacks are also easier to read from a distance. He has a yellow shard on his back as well. If you have the Rot Spirits hold him you can get behind him and shoot the yellow shard to deal some extra damage.