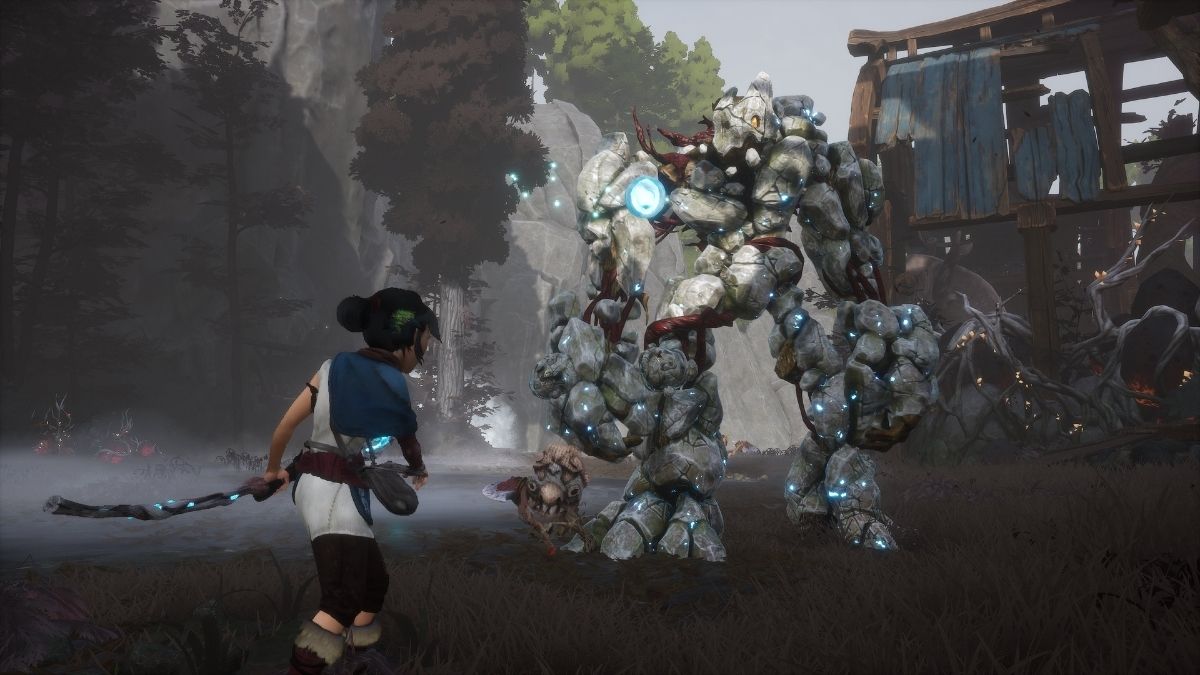 The Stone Guardian isn’t a pushover. He has plenty of moves to use against you and each one packs a punch. With that being said, you’ve made it through the forge and are ready to fight this goliath. Here are some pointers to get you through the fight.

The Stone Guardian gets allies that constantly spawn during the fight. Take them out if you need the freedom to move about. Keep in mind that more will take their place though. The Stone Guardian tends to throw a lot of rocks. You can easily tell if he will throw a rock because he reaches behind him and takes them off his back. They come quick but are easily dodge by jumping to the left or right.

Next up are his melee attacks. The Stone Guardian can attack using his arms in a swiping attack. He usually attacks twice like this before resuming his normal posture. The boss can also perform a leap attack where he jumps into the air and slams the ground. This has an AOE and isn’t easily dodged. Lastly, the boss will sometimes stomp his foot. This attack also has an AOE. Make sure to run if you see him raise his leg.

Now for his final attacks. Once you knock down his health enough, the Stone Guardian will start planting his arms in the group. If he does, keep on the move. This will cause vines to explode out of the ground and you do not want to get caught in them. Last is his AOE pulse. Occasionally, the boss will let out a pulse that will damage you slightly. It’s not the most damaging attack, but it does knock you back a little.

How to defeat the Stone Guardian

The Stone Guardian is covered in, you guessed it, stone. This makes him invulnerable at the beginning of the fight. We recommend getting the Rot Bomb upgrade and the Focus upgrade. These will help immensely with what is coming next. To start taking down the boss’ health, you need to throw a bomb at him. When it explodes, yellow weak point crystals will appear on his body. Shoot one of them with an arrow to damage him and make him lose armor. Repeat this until there are no more crystals. Keep note that you can only shoot one crystal at a time before another bomb needs to be thrown.

Once enough of the boss’ armor is chipped away, you can deal with the flower on his back. Command your Rot Spirits to overtake him and shoot it. This will start the phase with the vine attack. You can keep attacking him with bombs or you can perform melee attacks now. We recommend the strategy involving bombs as melee can get a little dicey.