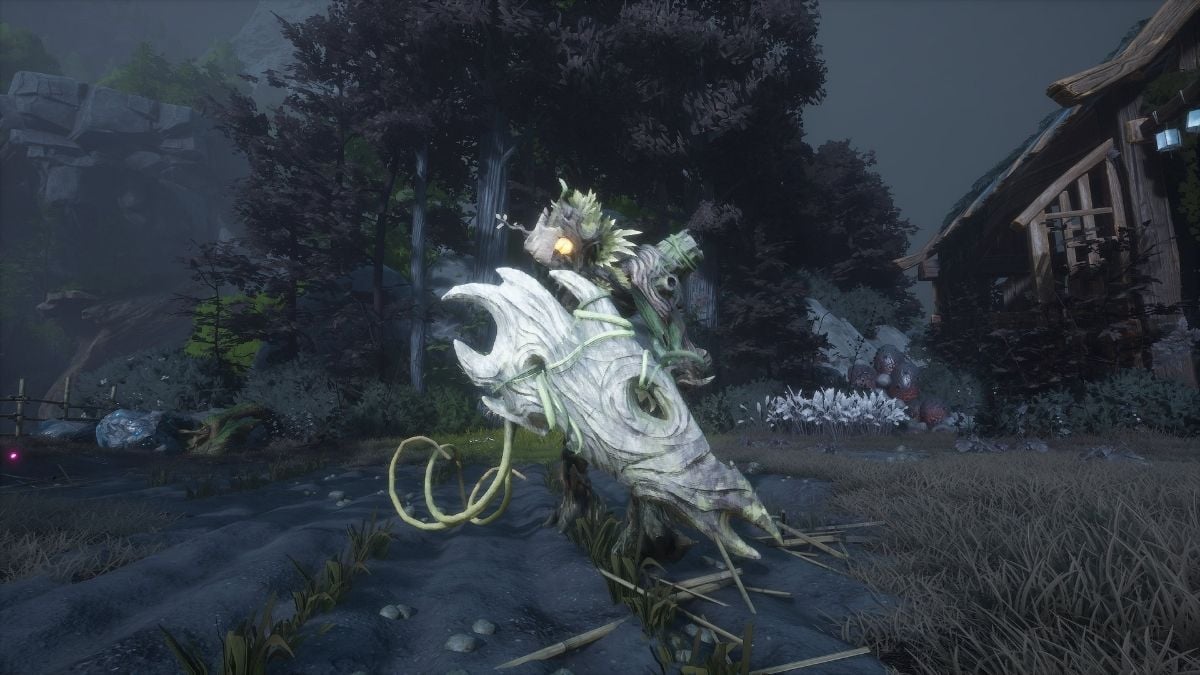 You’ve progressed through the Fields and started your journey to saving Rufus. It’s now time to deal with another boss. The Vine Knight might look intimidating, but he isn’t nearly as bad as previous bosses. Make sure to make good use of all the tools in your arsenal. You might need them. Here is how you defeat the Vine Knight.

The Vine Knight has some pretty heavy attacks, but it uses two more often than the others. The first move is the grab. The Vine Knight has one arm that is entirely made of vines. He will periodically use this to grab you and pull you in close. He will then bash you with his shield before letting you go. Whenever the Vine Knight is going to use this move, his arm will glow white. Keep on the move and dodge to the side or backward to avoid it. Dodging toward him will increase your chances of getting grabbed.

The second attack is a swipe attack. The Vine Knight will swipe with his vine arm. This is easily dodged and isn’t much of a nuisance. You can also parry this attack pretty easily if your timing is good enough. Lastly, getting in close will initiate a shield bash. He tends to hold his shield in front of him to block all melee damage before forcing his shield outward. Try to avoid getting his by jumping back. This attack will throw you off your feet if you get hit.

Tips to defeat the Vine Knight

It is pretty easy to spot the three yellow crystals on this boss. There is one on his face, one on his elbow, and one on his back. We suggest getting the Rot Bomb upgrade. This will allow you to slow down time by detonating a Rot Bomb. This will also allow you to easily get behind the Vine Knight and destroy his weak spots. Using these bombs can also help you get in close for some melee attacks without worrying about a shield bash.

Utilize your bombs in this fight. Even if you don’t have the upgrade, it is easier to use a bomb and arrows on the boss. Try to keep a distance and watch for his attack signs. Utilize any Rot Attacks you have, like the Rot Hammer or Rot Arrow. These will deal significantly more damage than standard attacks.

There is debris in the boss arena that you can use to your advantage. The barn building is included in the boss arena. Specifically, there is a group of rocks inside the building with a pillar beside it. You can use this to your advantage by luring the boss over to it and getting him caught around it. Fire off arrows above the rocks, and you will be safe from damage. This appears to not trigger the boss’ attacks and keeps you pretty safe. Only utilize this method if you feel like you need to.