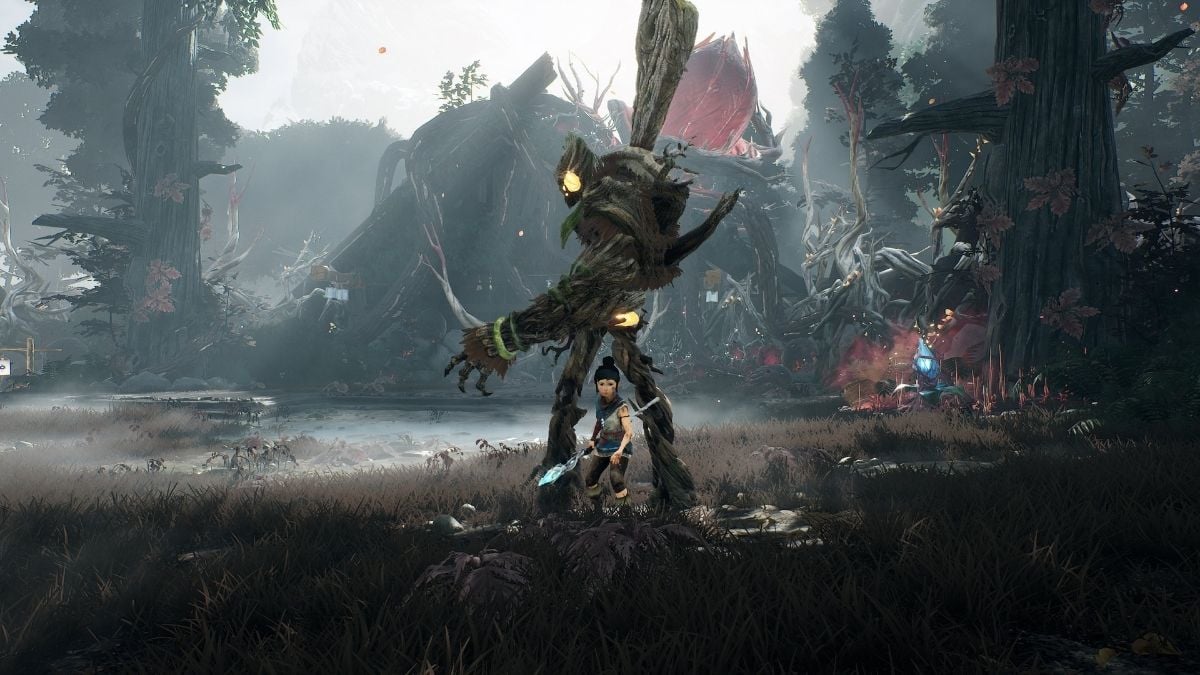 The Wood Knight boss fight comes shortly after getting access to the Spirit Bow, and boy can it be a little annoying if you don’t know what to expect. While he isn’t the hardest boss you will be taking on in the game, he hits extremely hard and can be difficult to dodge. As his name suggests, he is a literal wooden knight who uses a log as his weapon. If you’re having trouble with this boss, here are some tips to beat him.

While the Wood Knight’s attacks are pretty fast, they are telegraphed well. You can spot one of them coming a mile away. When you first enter the fight, he will use his signature dash that can easily be avoided by jumping to the left or right. He sticks his weapon out in front of him when he charges forward, so as long as you avoid that, you’re in the clear.

The Wood Knight also has a ranged attack. Be prepared to dodge when you see him crouch. Soon after, he will throw his weapon at you. Avoid running in close until after his weapon comes back to avoid getting hit on its return. His last attack is his slam, the slowest attack and easiest to avoid. He will slam his weapon onto the ground.

How to beat the Wood Knight

The Wooden Knight is pretty easy to beat if you keep your distance. Your bow should be your best friend in this fight. Use it for some good ranged attacks while avoiding his weapon throws and charges. Use your Rot Spirits to blind him when you get the chance, but don’t engage close up unless you’re prepared. The Wood Knight can attack while blinded by the Rot Spirits with a sweeping attack that almost goes around his whole body. So even if you are standing behind him, you can get hit.