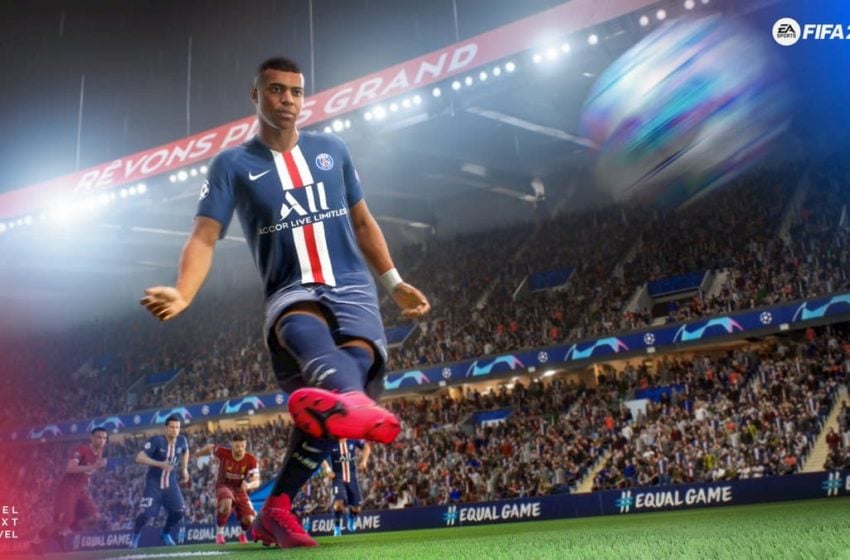 In recent years, the progression of the FIFA series has somewhat stunted. While those who play more casually might say that the games are the same each year, EA has continued to make subtle changes to the game that have impacted the series on and off the pitch. While they have not affected the series sales, the quality has steadily declined.

With a new generation of consoles on the horizon, now is a fantastic opportunity for EA to prove that they are capable of a true generational leap forward with the series. They are not far from producing a great footballing experience all around, but there is still work to do. With just a few new features, it could prove all it needs to show that it’s of Champion’s League quality.

Here are our 10 most wanted features for FIFA 21.

At the end of the last generation, EA introduced us to the Ignite engine to power FIFA on PS4 and Xbox One. Not only did the action feel a little slicker, but it also looked excellent, with a heavier emphasis on cleaner physics. While it didn’t progress the action as much as it could this generation, with similar results for the Frostbite 3 engine, it still saw a leap compared to the previous generation.

Likewise, this generation should see similar treatment. Whether that be with a newer, next-gen ready Frostbite engine or something completely different, it will help to introduce the series on the PS5 and Xbox Series X with a fresh lick of paint while also hopefully freshening up the formula on the pitch.

As one of the marquee features of the next-generation consoles, ray-tracing is a true leap forward for lighting, shadows, and reflections in gaming that should be implemented where possible. Considering that FIFA confines all the action to a stadium, that is fairly friendly on hardware, having ray-tracing on everything, including the crowds, should be an expectation rather than a luxury.

It’s been commented previously that the Frostbite engine is said to be tough to develop on, but considering that the tech has now been available for over 12 years now, and with the power of next-gen coming through making it far more capable than current consoles, it should be about time to see the engine pushed closer to its limit. Ray-tracing would be that next step for FIFA.

FIFA is surprisingly accessible when it comes to controlling how you play the game, from the amount of assistance it gives you when passing and shooting, to the physics associated with the ball, such as how fast it can move across the pitch. But it all has to be set before you start a game.

When it comes to the weather, it’s rarely the case that the conditions of a football match are consistent over the course of the whole 90 minutes. This is where dynamic weather would keep the game interesting as the way the ball acts on drier or damp surfaces changes. Players in real life must adapt to their types of changes, it’s time that EA brings in dynamic weather so that FIFA experiences the same.

The career mode in FIFA has been a staple for years, providing those with less interest in multiplayer modes with an outlet to take their team to the top of the world. However, it’s damning on the quality of the mode in its current form that the quality of the career mode in FIFA games from the last generation was leaps and bounds ahead of it. EA has tried to bolt on improvements in recent years, such as press conferences and player interactions last year, but they’ve often done more harm than good.

It’s got a number of long-standing fundamental problems too. Finding youth players with potential 95 ratings is all too easy, making finding the best players a frivolous task. Transfers are completely unrealistic, where as long as you have the finances, signing superstar players as relegation candidates should not be possible. And these are just the beginning. The mode needs to be rebuilt from scratch. The next-generation is the best opportunity to do that.

Ditch the scripting for good

For years, EA has denied that the existence of scripting in the series. Scripting is where the AI adapts the gameplay difficulty in an attempt to make the action more competitive and exciting, adjusting accuracy and player skill. Ever wonder why Ronaldo can score so freely at one point, and then suddenly he misses everything? Or perhaps the opposition goalkeeper turns into a brick wall in front of the goal when you’re a goal down? Maybe even your best passer suddenly can’t pass in a straight line 10 yards apart? Fans believe that this is caused by scripting. There was even some alleged proof in this year’s edition within the game’s code.

While it’s not always the worst thing for casual players as it can keep games fun for everyone, removing any doubt by simply taking out any possible chance of scripting taking place will make the game fairer for multiplayer games. Perhaps the idea of scripting as an optional adjustment to the game would at least offer fans a choice on it.

Create a club in Career Mode

Being able to take over your favorite club can be great fun, but sometimes it’s even cooler to make a team of your friends and take them to glory. FIFA can somewhat accommodate this by allowing you to edit players and teams but that option removes an existing team from the game to accommodate it.

An option to create a new club from scratch, with all of your friends as the team, avoids taking out one of the teams already in the game from the database. It would be a fantastic social feature while also making the experience more personable.

As it stands, the career mode gives you a pre-made selection of character models to create either a player or a manager in Career mode, while being able to adjust anything from existing teams, such as badges or kits is not possible. Extending customization options of almost everything in the game would be a great way to add another personal touch to the experience.

This doesn’t necessarily have to extend to everything in the game. Being able to recreate Anfield for example would require a lot of work for a feature that probably wouldn’t see much use. However, for modes such as Ultimate Team, where you are creating your own team of players, having a logo and kit creator feature would add to the uniqueness of player teams.

Back in FIFA 11, a local multiplayer mode called Lounge Mode allowed friends playing on the same console to enjoy a game of FIFA in a tournament style but with boosts and limiters that could be added or taken away based on the current score and performance. For example, if you beat your friend 3-0 to go two games to zero up, as the losing player, you can inflict fun disadvantages on your opponent, such as starting with 10 men or ruining a certain stat on all players, such as shooting.

It was removed in FIFA 12 with no replacement despite being one of the best options when playing with friends. Considering how easy it is to set it up, bringing this mode back with an option for online play would be a great alternative to the bog-standard online friendlies that will also allow more than one friend to join in.

EA has already stated their intentions for crossplay, which will be a big part of their line-up in the future. Whether that included between console generations is unknown, but if they want to ensure that their player base does not fragment, cross-generational crossplay is a must.

While no price has been announced for either next-gen console, it’s safe to assume that it’s not going to be cheap enough for immediate purchase for most people. That means to avoid friends from being fractured, cross-play across generations is essential. If they keep the same engine for both current and new generation consoles, it could work, but until then, it’s a hopeful addition rather than an expectation.

FIFA’s Ultimate Team has been its premier mode now for a number of years. Buy packs which contain random cards for you to use for your team, or in many cases, discard if it’s not a top tier player. EA has had to defend themselves over the practice of randomized rewards for microtransactions having received harsh criticism over their gambling nature. While they haven’t removed them from the mode, to their credit, they have attempted to put plenty of value into the mode without paying for cards with real money.

That said, they can always do more. It’s unlikely that the microtransaction element will ever go away unless they are made illegal in every country (as it is in Belgium), but they could make them better value for money. Increasing the odds of higher rated players, or lowering the cost would at least take some of the stings out of players purchasing them, or perhaps even having less of a random element, with more chance to get the cards you actually want.