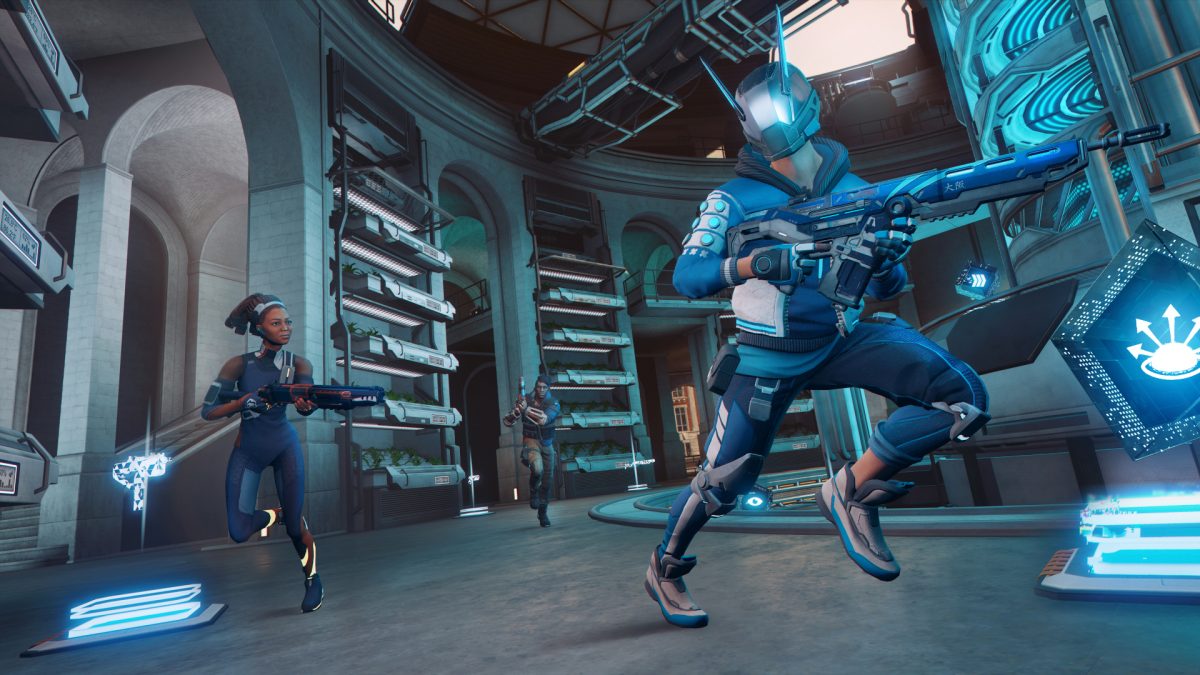 Hyper Scape is a battle royale where you loot both your weapons and your abilities. Instead of choosing a character with the abilities you want (like in Apex Legends and others), you need to find and loot the ones you want and be able to immediately put them to good use.

The game is extremely fast-paced and unforgiving, so being able to properly use all the hacks is a great tip. The best players in the game will never be caught off guard at the beginning of a match, dying “because I only found reveal.”

Most of the hacks in Hyper Scape can be useful if a good player is using them. Being able to pick up anything off the ground in the early-game and use it wisely is how to become successful. Everyone will have a specific set of hacks they’re looking for throughout the game, but being good with all of them will come in handy for when you can’t find the right ones.

So what are the best, most useful hacks as of the most recent Hyper Scape patch? Let’s take a look.

Movement is the most important thing besides aim when playing Hyper Scape. Players run fast, jump high, climb, and slide all over the map naturally at high speeds. The best way to complement and improve on this movement is to use the movement hacks.

You should always have a movement hack in your build, making sure you’re able to easily chase another player, get away from another player, or just traverse the many tall buildings on the map. All the movement hacks are useful in their own way, so it’s really just personal preference for which one you’ll look out for each game.

The slam hack is, according to the developers, the most used hack in the game. And for good reason. Slam allows a player to instantly fly up in the air then come crashing back down and causing AoE damage to anyone nearby when they make impact. Climbing buildings like you found every agility orb in Crackdown is one of the reasons it’s so good, and the other is being able to jump over multiple buildings and areas to chase down an enemy who turned invisible with 1 HP. Slam can be upgraded which progressively lowers the cooldown, enabling you to use it over and over again.

Yes, it is exactly what it says. If you find this hack, you’ll be able to disappear and reappear a short distance away, which becomes a little further with each upgrade. Teleport is great for moving yourself quickly across the map, bridging the gap between buildings, climbing buildings, or combat. This is one of the movement hacks that doesn’t inflict damage (like Slam) but instead extenuates your gun-play during battle. Try using Teleport during a gunfight to instantly move behind your opponent, turning around and hitting them with a quick Mammoth or Riot One shot. This almost always catches players off guard and will help you throw off their aim as well.

Shockwave is one of the best all-around hacks in the game. It inflicts ranged AoE wherever you aim it to damage and knockback enemies. Shockwave can be used at surprisingly long distances and is excellent for finishing off opponents who are low on health and attempting to flee. So how is it movement-based? Well, if you aim it at a nearby wall or your feet, Shockwave can be used to launch yourself in the opposite direction of where it is aimed. This is great for getting up in the air quickly, away from an enemy slam, or just out the door of a small building when an enemy player has a Salvo or Komodo. Pro tip: When a player is in the air for a slam that is coming down on you, hit them with Shockwave and it’ll stop their slam midair. Each upgrade lowers the cooldown, so you can just keep using it.

Support hacks are those used to support yourself and your team. These are very useful as secondary tools to a good movement hack and are extremely necessary sometimes as health regeneration is slow. Sometimes, the best thing to do in a fight, whether it is because the other player is good or because you’re getting killed by several teams at once, is run. Once you run using those movement hacks, the best course of action is to use one of these hacks to make sure you’re ready to go when someone reengages.

The heal hack drops an AoE field of healing on the ground for you and your allies. This is one of the most useful hacks in the game. As mentioned in the above section, health regeneration in Hyper Scape is rather slow. So if you’re able to get to a high place quickly while low on health, you can drop a Heal and be back to full pretty quickly. The best part is, once this hack is fully upgraded there is very little cooldown time and it heals all your health almost instantly.

You can’t die. If a player has you at 1 HP and you want to get away, just pop armor on and get out of there. The downside is you can’t use any weapons or other hacks while armor is active, or it will remove your armor. You also don’t regenerate health while armored. This hack is good for a sticky situation where you’re low on health, outnumbered, and your backup is on the way. Pop the armor hack on, become a bullet sponge, and get back into the fight when the time is right. Sometimes, this can even be useful if you’d like to sacrifice yourself for your teammates.

Turning invisible is extremely useful in the same way that armor can be. If you fire a weapon, you’ll no longer be invisible. This hack is great for getting away and hiding for a minute when in a more hectic fight. Your character emits a loud sound that can help enemy players detect you while you’re invisible, so tracking someone who’s invisible is possible in Hyper Scape. Like teleport, invisibility can also be very useful during a gunfight to surprise enemies. A common strategy has become using a shotgun, getting very close to someone while invisible and blasting them close range for a quick kill.

These hacks are useful in their own right but don’t fall under the movement or support categories. Each one does something very specific, and aren’t always the most used hacks on the battlefield.

This hack sends a wave out directly ahead of you, revealing enemies through walls. It gives you wall hacks for a few seconds, pings enemy players in sight, then turns off. This can be useful if someone is camping inside a building, but it is especially useful if someone is invisible. Reveal is a direct counter for invisibility. Being that turning invisible and running away is one of the most used strategies in Hyper Scape, reveal is extremely useful for immediately stopping that. Use reveal in the general area when an enemy turns invisible, and they will be pinged, have their invisibility turned off, and you can easily finish them off.

This is the most patched hack in the game. During the beta, this hack was completely useless. It only tripped if a player walked on top of it, and it barely did any damage. Then the team decided it needed a heavy buff. They increased the damage, made it chase players across the map, and gave it a health boost when it started moving toward someone. It was completely overpowered. Now it has been nerfed again and is pretty balanced. The mine can be placed strategically in a high traffic area, or when someone is chasing you through buildings or doorways. Once someone sets it off, it will follow them for a certain distance and eventually explode when it makes contact. The damage is still pretty high, but it is no longer a one-hit kill if the victim has full health.

Like Mei in Overwatch, ice wall going up! This hack allows the player to place a large, bullet sponging wall in front of themselves. This can be useful for blocking doors, fleeing an area, or just slowing down an attack. Alternatively, if you look straight down at the ground and place the wall at your feet, it can be used to boost yourself high in the air. The player is then able to stand up on the wall above everyone else and shoot down at them as they please. This has been heavily abused in the endgame, as a crown holder can simply hide on a wall with armor or some other damage-eating ability until they win the match.