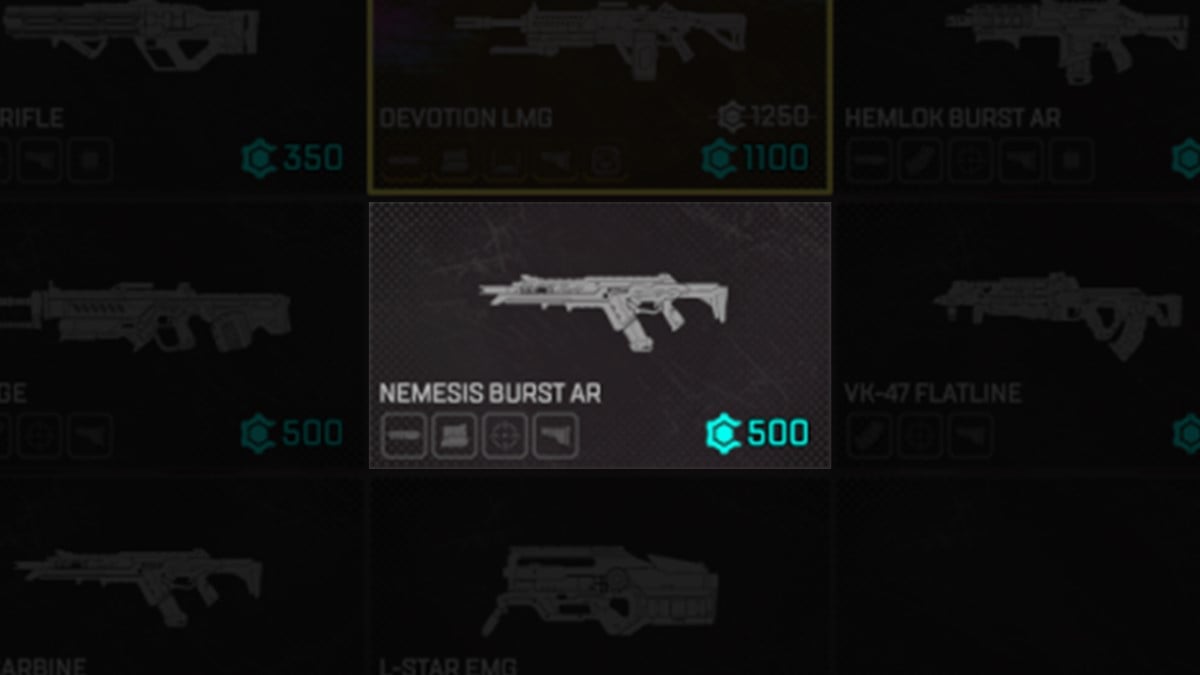 Apex Legends has a whole lot of weapons in its loot pool. From light machine guns, to shotguns. From heavy weapons, to sniper weapons. But that doesn’t mean that we aren’t still getting more options in new seasons. There are some weapons that aren’t in the game yet, but we still have information on, due to accidental leaks by developers, or data mining. In this case, the development team themselves accidentally leaked an unreleased weapon. That weapon is called the Nemesis Burst AR.

The Nemesis is a weapon that will not be released for a while, as confirmed by the developers after its leak, but that doesn’t mean we can’t talk about it. Here is the breakdown of everything we know, or can easily surmise about the Nemesis.

Reminder that we don’t currently have a picture of the Nemesis, as the R-301 Carbine icon was used as a placeholder in its listing, and will not reflect the true form of the weapon. The name is also subject to change, as many weapons, Legends and events have in-development that will change before release.