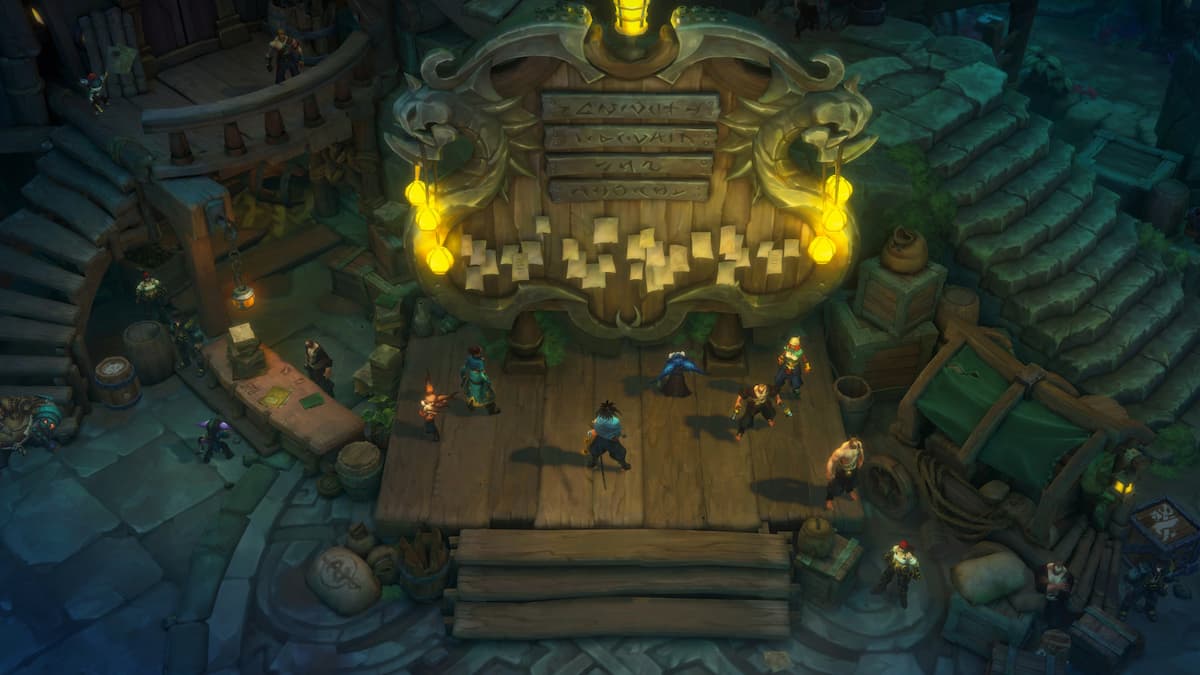 A Ruined King: A League of Legends Story will be Riot Games’ first real journey into single-player content based in the kingdoms of Runeterra, the mystical land where their hugely successful MOBA title, League of Legends, is based.

In A Ruined King, players will be able to create parties comprised of champions from League of Legends, then explore the Bilgewater and Shadow Isles regions as they attempt to uncover dark and dangerous secrets.

The game will play out as a blend of isometric explore, and tactical battler game that looks fantastic. At the moment, a Ruined King does not have a set release date and is just scheduled to launch some time in 2021. The title will be available on PC, Switch, PlayStation, and Xbox.

The game is being designed by Joe Madureira, a comic book artist and game developer who has worked on Darksiders, assorted Marvel Comics, and Battle Chasers, which seems to share a lot of DNA with Ruined King.

It will give players their first chance to really dive headfirst into the lore and environments of Bilgewater and the Shadow Isles, two highly important locations in the the lore of League of Legends. It will also be a great way to explore some of the fun champions the game will feature, like Braum, Illiao, and Miss Fortune.