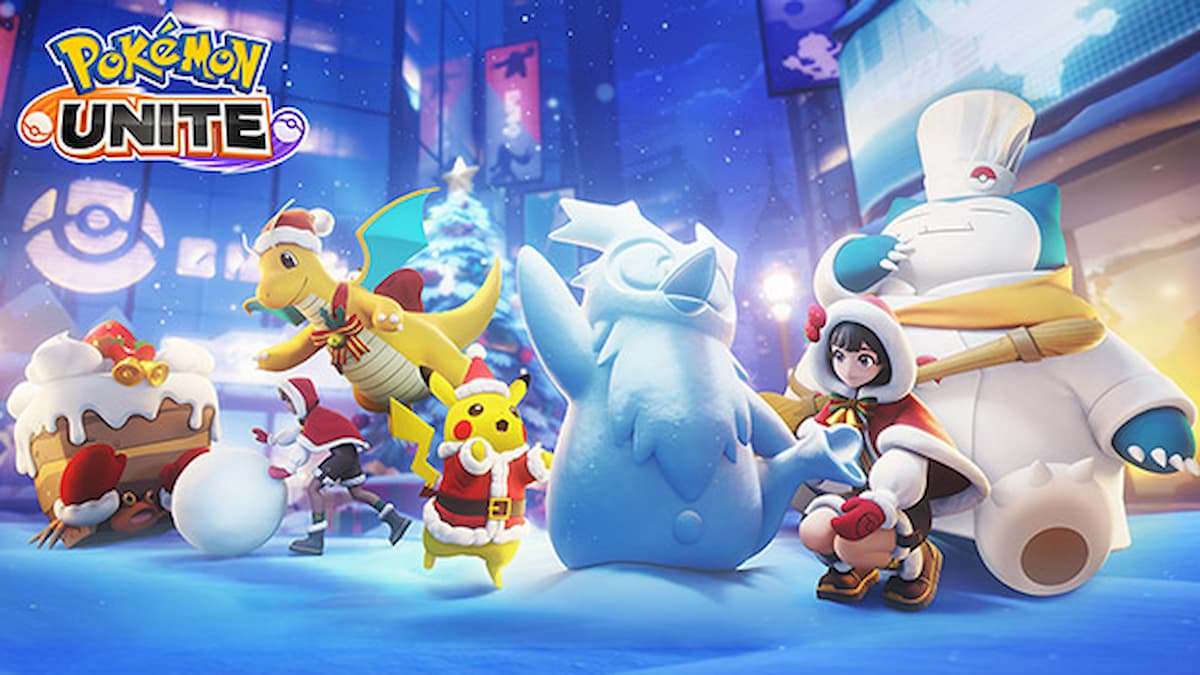 Pokémon Unite recently announced that holiday festivities are coming, and the event looks to be on an even grander scale than the MOBA’s Halloween event. Multiple areas will be altered, alongside new Holowear, trainer outfits, and Pokémon. So when do the holiday festivities begin?

Pokémon Unite was down for several hours on December 8 to install the update and add a delightful new Pikachu icon. Most of Pokémon Unite’s holiday events won’t properly begin until December 15. The newest fighter, Dragonite, will come to the game a few days later, on December 20.

However, Remoat Stadium in the main game is already altered in wintry spirit. Alongside a snowy redesign, players will find Articuno instead of Zapdoes, Cubchoo and Beartic instead of Combee and Vespiqueen, and a couple of other seasonally-flavored substitutions.

From the looks of the trailer, the event will comprise several new features. Like the Halloween event, one of the Quick Battle stadiums will receive a new seasonal play style, which, in this case, will see the addition of Delibird, Articuno, a giant snowman, and melee snowballs to Shivre City.

Additionally, the seasonal festivities will offer highly detailed new holowear for Pikachu and Crustle, with either a Santa hat or chef’s outfit option for most other fighters. New outfits will be available for trainers, alongside new stickers and a new homepage.