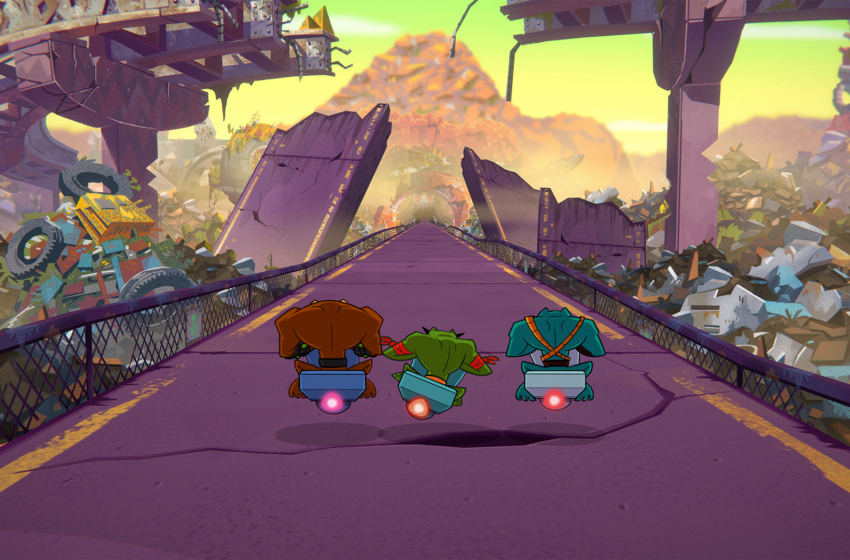 The Battletoads are back. Finally, after 26 years of waiting, fans of Zitz, Rash, and Pimple are getting a successor to the infuriatingly difficult original after Microsoft announced an official release date for the Dlala Studios-developed game.

The Battletoads have featured in other Xbox-produced titles in recent years, such as Killer Instinct and Rare Replay, as well as third-party games like Shovel Knight. They haven’t had their own adventures since their debut game, which launched in 1994, so it’s high time the coolest toads in gaming got a sequel.

And now we have confirmation of when that sequel will be getting released. Battletoads will arrive on Thursday, August 20. It’ll be coming to Xbox One, Windows 10, Steam, and Xbox Game Pass, so there are plenty of platforms for you to beat up your foes on.

Battletoads will feature couch co-op, so you and two friends can drop into the same game and take the fight to the Dark Queen and her allies. Expect lots of puzzle solving, beat ’em up action, and racing elements that will look to enthrall and frustrate you in equal measure. If it’s any like the original, you’ll be tearing your hair out like it’s 1994 all over again.

If it does become too difficult for you, there are a number of difficulty level options available, so don’t fret if that one boss or racing section is causing you all kinds of grief. The Battletoads’ classic humor will be on hand to bring a smile to your face whatever difficult you play on, judging by the above trailer, so we won’t judge you for playing on easy.

Xbox Game Pass subscribers can preload Battletoads on console and PC from today (July 31) so you’re ready to duke it out come launch day.