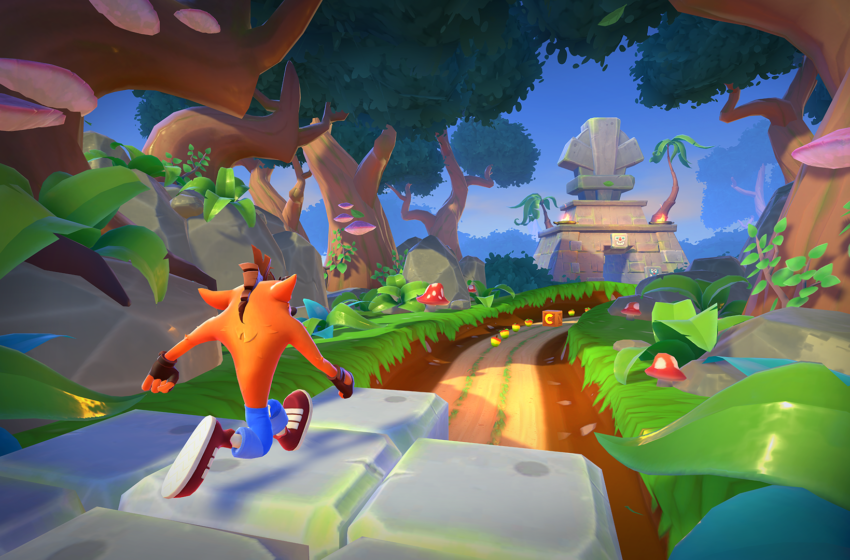 Crash Bandicoot is enjoying something of a renaissance. Not only has he received a remaster of his first three tiles — and a new console game, which is getting released in October — but now he’s set to make his mobile debut in Crash Bandicoot: On the Run.

Activision revealed that King, the developers behind the popular Candy Crush franchise, will be bringing Crash and his eclectic supporting cast to iOS and Android soon. The free-to-play title will see Crash and his sister Coco look to thwart the plans of Dr. Neo Cortex once more across a myriad of levels.

Crash fans may be wondering when Crash Bandicoot: On the Run will be coming to mobile devices then. After all, the likes of Mario — in Super Mario Run — have enjoyed a semblance of success on iOS and Android devices, so Crash should be as well-received when the game lands on phones.

Unfortunately, there isn’t a concrete release date for Crash Bandicoot: On the Run just yet. The game’s teaser trailer was only released on Thursday, July 9, and it didn’t give any indication of when the game will be available to download.

For those of you who might be disappointed, you can pre-register now and be notified of when Crash Bandicoot: On the Run is made available to install on your device. Android phone owners can pre-register now, while iOS users will be able to do so very soon.

Anyone who does pre-register for Crash’s next adventure will receive a pre-order bonus in the form of a Blue Hyena skin. This cosmetic, which showed up in Crash Team Racing: Nitro Fueled, will be added to your account on launch day.

Crash Bandicoot: On the Run will feature returning bosses, craftable weapons, customizable characters, and more when it does get released. If you want to get even more nostalgic for gaming’s favorite marsupial, you’ll want to sign up for notifications now if you can.