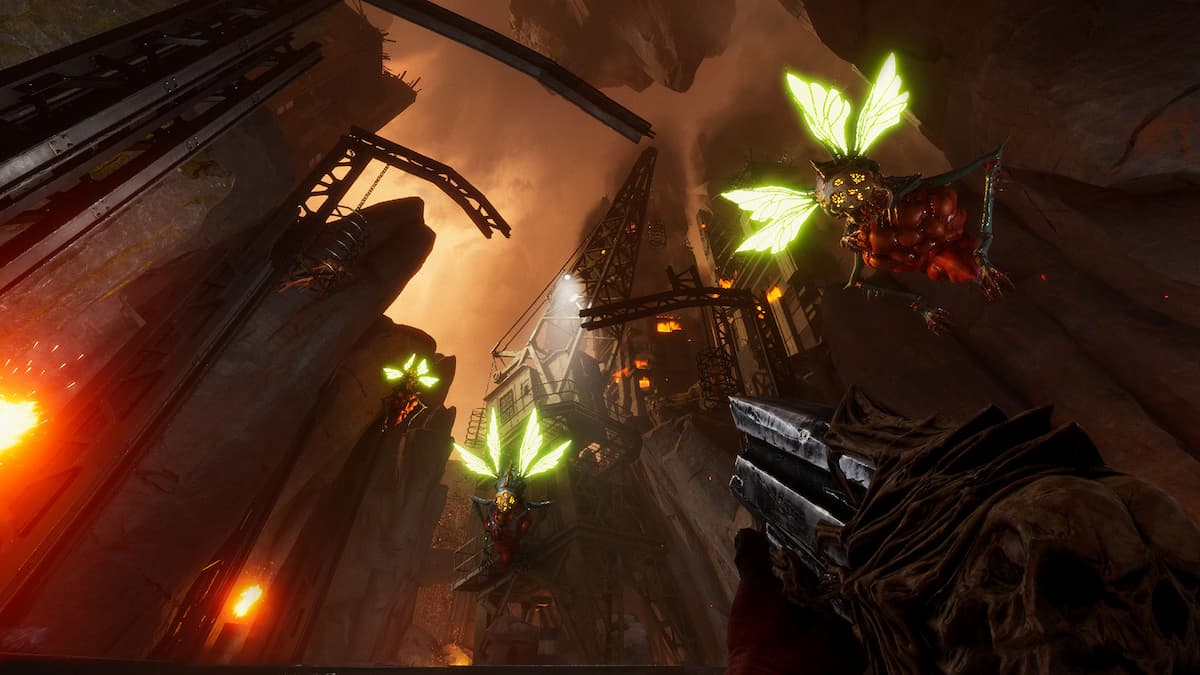 Image via The Outsiders

Metal: Hellsinger is a rhythm-driven fast-paced first-person shooter, coming from a development team called The Outsiders. This studio, based in Sweden, is comprised of industry veterans from DICE, Avalanche, Starbreeze, Machine Games, and even Guerilla Games. With such a variety of talent across so many disciplines, the independent project holds promise for fans of the genre. But when will hellbent players get their hands on this unique rhythm game?

Metal: Hellsinger releases on PlayStation 5, Xbox Series X/S, and PC on September 15. Metal: Hellsinger is The Outsiders’ first official release. The studio had a game in development named Darkborn, which it canceled in 2020. It was meant to be a first-person action game where players took control of a monster.

In Metal: Hellsinger, the amount of damage dealt is directly proportionate to how close you are to the beat of the music being played. Timing also impacts the playback of the track itself, with it becoming more intense as you continue to sync your actions to the music. While there is a story mode, much of Metal: Hellsinger’s replayability is likely to come from its challenge mode. This adds leaderboard rankings to each of the game’s levels, prompting friendly rivalry among you and your friends.

The main campaign’s story is mostly communicated through narrated voice-over, with Metal: Hellsinger’s narrator being voiced by Troy Baker of The Last of Us and BioShock Infinite fame. Baker also played Sam Drake in Uncharted 4: A Thief’s End.

While players wait for the official release, there is a free playable demo on all platforms that provides a taste of the rhythmic fast-paced shooter.