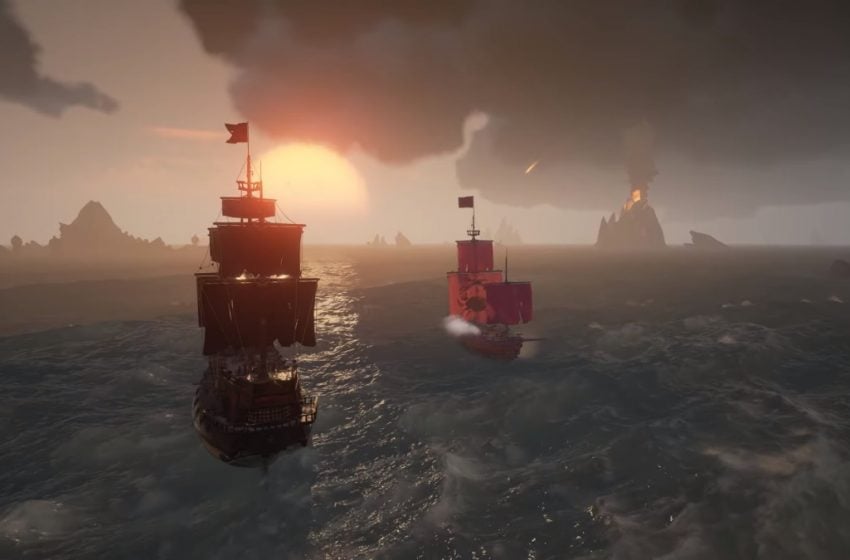 Pirate fans in Sea of Thieves are curious if they will ever get the chance to sail the longest sea there is and make it over to the PlayStation 4. You can play Sea of Thieves on an Xbox One and a PC through the Xbox Beta application. Will developers Rare have the chance to bring their sea-faring title to the PlayStation 4 waters, extending the range of potential fans?

The overall logistics of who owns Rare provides us with a fairly definitive answer of no. The Microsoft Company purchased Rare in 2002, which is dedicatedly in the camp of the Xbox One and the PC market. Rare does not operate on the PlayStation 4, which is owned by Sony. Rare has a rich history of developing games for early Nintendo products, such as the Game Boy, Game Boy Advance, NES, the Super Nintendo, Nintendo 64, and others. However, they have not had one of their titles come to a Sony product at this time.

It’s improbable PlayStation 4 players will see Sea of Thieves coming to the console any time soon. Microsoft has shown on several occasions they’re interested in working with other gaming companies, such as the cross-platform Fortnite with Nintendo. The two companies initially worked together to show they wanted to work together for all players to place with each other, regardless of what console they were on. Sony was slightly more reluctant, but eventually came around, and many developers in the past have noted it’s sometimes challenging to initiate cross-platform functions when it concerns Sony integrating with other console companies.

Despite these complications, and Microsoft wants to work with other companies, it will likely keep Sea of Thieves exclusive for Xbox One and PC players. Something could happen in the future to change this, but for now, it seems PlayStation 4 players may need to find an alternative game where they pillage the high seas.