On Aug. 20, Korn will appear in a live, in-game concert in the MMO AdventureQuest 3D. Attendance is free.

It’s not every day that Korn gets mentioned, let alone for a live, in-game concert inside an MMORPG from 2016. Here we are. It got announced earlier today on Steam, Artix, and reported by VG24/7.

There’s a lot to unpack with this news. First and foremost. Korn now has animated avatars in the world of AdventureQuest 3D. Each member of the grunge rock band has their likeness recreated in a polygonal rendering inside the game’s universe. We have the header image from Atrix’s article displayed below. 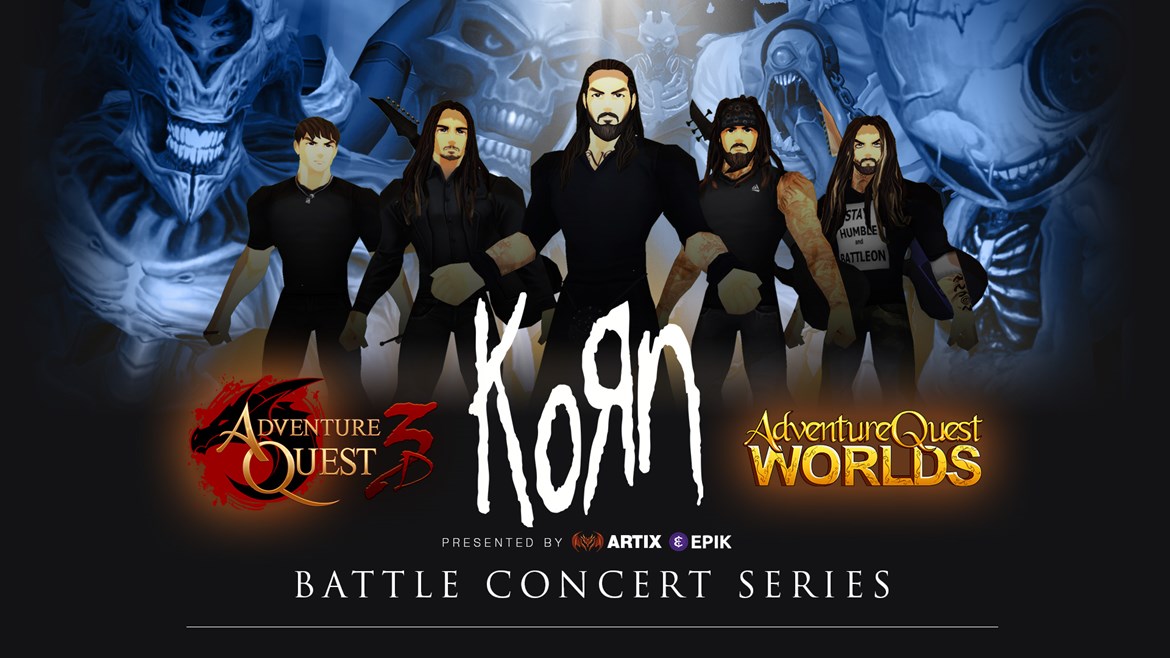 Other screenshots on the website show the effort put into the performance, with animation for the stage and effects. One wonders how far they’re willing to go to keep the Korn live concert vibe. There are no limits in animation, so they’re free to play with the effects.

AdventureQuest 3D is an MMORPG from Artix Entertainment. Initially published in 2016, the game has stellar reviews and is free to play on Steam. The game is currently, and has been, in early access. Although, given the concert, the developers are still fully supporting the project.

Korn, meanwhile, is a nu-metal band founded in the 90s. Artrix quotes an apt description as “a generation’s arrival as a snarling, thrashing, systematically-restrained freakshow.”

VG24/7 says joining is easy. Create a new character, and the ticket will appear in that character’s inventory. You can purchase a ticket using in-game gold, but the character creation path is just more natural. Artix mentions that the event is going to be a sizeable multiplayer moshpit, one that includes a lot of loot for the gathering.