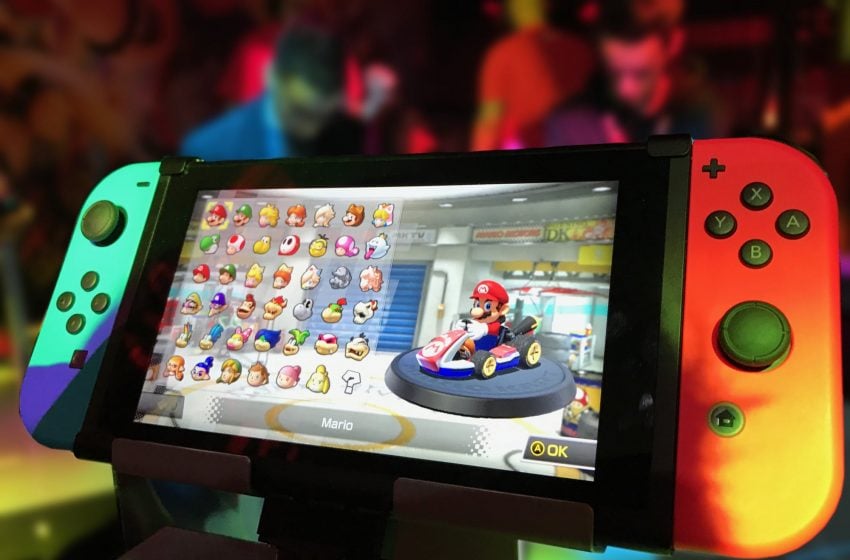 Today, March 3, marks the third anniversary of the Nintendo Switch’s release. The wacky handheld could have easily have gone the way of the Wii U, but instead, it’s blossomed into one of Nintendo’s most impressive offerings ever.

From its versatile playstyle options to the many, many game offerings (thanks in large part to indie titles and a plethora of ports), the Switch has become an unforgettable addition to modern gaming.

In honor of this anniversary, let’s look back on three times the Switch changed the face of gaming.

A risky device that worked

Nintendo’s no stranger to ‘out-there’ ideas. The NES itself was an oddity, coming on the tails of the video game crash of ’83. The Nintendo DS had us wondering why a handheld needed two screens—until we realized we couldn’t live without them. The Wii brought gaming—or at least digital bowling—to daycare centers and senior centers alike.

And then came the Wii U. Name your favorite Wii U game. Odds are it was either the original Mario Maker or the Virtual Console re-release of EarthBound, and that’s pretty depressing. With only 13.5 million units sold, it was less popular than every other console released in the last 20 years.

Coming off of that flop, the Switch had big shoes to fill. Nintendo needed to be right about its next idea for a revolutionary device. And right they were. Is it a home console for the TV? Is it a handheld? It’s whatever you want it to be. The Switch bridged the gap between home entertainment and on-the-go devices in a brilliant and generation-defining way.

Breath of the Wild, and some other games

When we sat down to write think this over, we thought to ourselves: Self? What are the three biggest moments the Switch has had so far? and came up with a list that looks something like this:

There’s not a lot of room for debate here: Critics and fans alike went absolutely gonzo for Breath of the Wild. Nintendo set new standards for open-world action RPG design with its latest in the longrunning Zelda franchise.

Sure, other open-world games say that they encourage exploration, but there’s never been that same sense that you can truly control your own destiny. It’s that feeling of waking up a little too early on a Saturday morning and looking for Heart Containers with a dog-eared copy of Nintendo Power by your side, packaged into a modern game that never loses its steam. You’ll never run out of places to go or people to meet in this version of Hyrule. When today’s 10-year-olds turn into tomorrow’s gaming critics, they’ll be using BOTW as the measuring stick by which all games are evaluated.

But that’s not the end of first-party greatness on the Switch. Super Mario Maker 2 built on the Mario Maker legacy to make it substantially easier to create truly outrageous challenges. Super Smash Bros. Ultimate brings a tireless gift of new characters; it’s the best-selling fighting game of all time for good reason. The Switch also brought us Sword & Shield, but we’ll get into that later.

Plenty of new first-party games worth the hype are on the docket for 2020, like Animal Crossing: New Horizons and Pokémon Mystery Dungeon: Rescue Team DX, both releasing this month alone.

A new format for Pokémon

Home-console devotees have missed out on a lot of Pokémon games over the years. Let’s Go Pikachu and Let’s Go Eevee tested the waters of whether or not fans would accept making the leap to a part-time portable device, and Sword & Shield proved that the masses would give it a chance. The game was not without flaws, of course; some players found Sword & Shield lacking. While it doesn’t look outright terrible, the graphics are far more reminiscent of a side title or an indie game than a flagship release. And a limited Pokedex meant leaving behind Pokémon that you’ve had with you, game after game, just to save development time.

Despite these issues, though, the game sold well enough to send Nintendo the message that fans are as willing to play Pokémon on the couch as they are on the bus. Divorcing main series Pokémon titles from their handheld homes will be part of the Switch’s legacy for years to come.

Three solid years after its release, the Switch has outsold the Super Nintendo and continues to be a force to reckon with. The release of new hardware like the Animal Crossing Switch shows Nintendo is all-in on supporting the console going forward, and the lineup of upcoming games over the next few months is nothing to sneeze at.