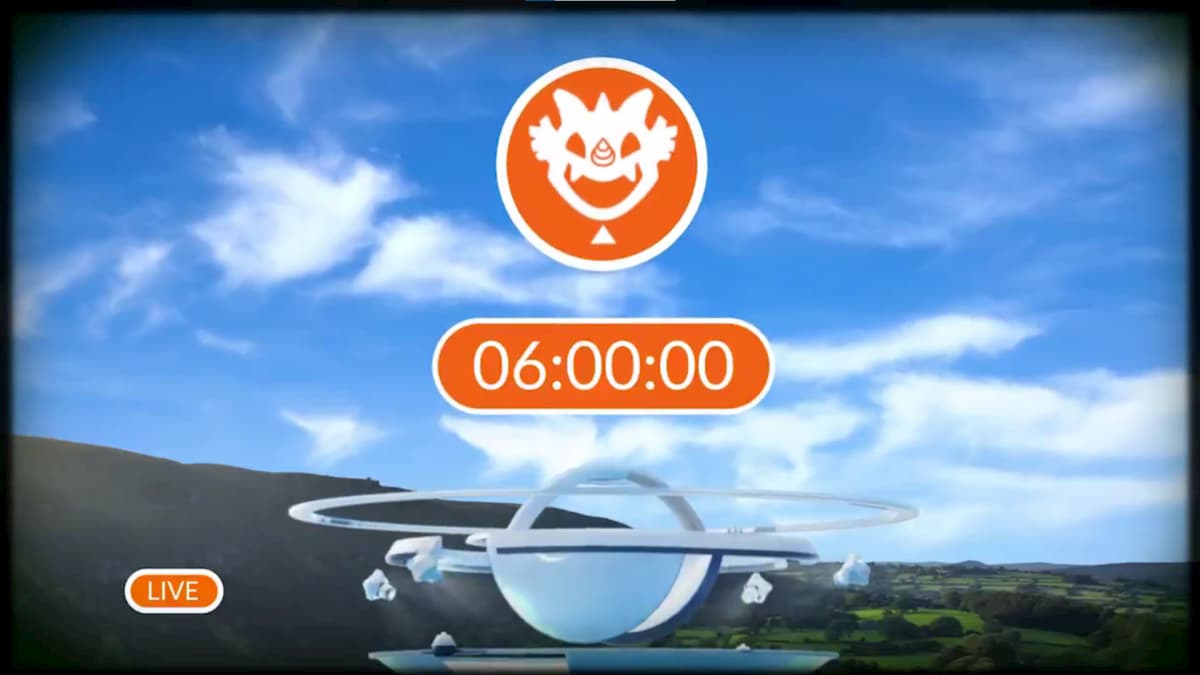 Pokémon Go fans are eagerly awaiting the news regarding an exclusive raid set kicking off worldwide starting at 6 PM ET. Right now, there’s very little information about which Pokémon could be making their appearance. However, given the limited details we do know, many trainers are wondering if it could be Espurr, a Psychic-type Pokémon from the sixth generation.

The upcoming reveal has been hinted at by developer Niantic for under a month since November. Now, hours away from being revealed, the team only provided a 20-second video showing a Pokémon Go gym raid, with a six-hour timer attached to the bottom. If you pause at the right time a few seconds in, you’ll briefly see the Psychic-type Pokémon background that appears behind them when you view them in your collection.

We know it’ll be a Psychic-type Pokémon, and if it’s a brand new Pokémon, it’ll likely be Espurr. Why? We are days away from a slew of Kalos Pokémon coming to Pokémon Go, which will release on December 2 alongside the new Pokémon Go winter season. However, Espurr was not listed as one of the Pokémon that would release with them. That brings us to the second reason it is likely Espurr, and it’s because Espurr’s assets and its evolved form, Meowtisc, were already pushed alongside these Pokémon, and they have their entire moveset posted.

With these two facts, we’ll likely be seeing Espurr as the exclusive one-star raid. How long it will be pushed is anyone’s guess, but it’s a good way to hype up the release of the rest of Pokémon’s six-generation of collectible monsters.

Update: After the end of the six-hour timer, a new transmission came forward that showed we have another 44 hours to go before we see what Pokémon it will be. It looks like we’ll be waiting until Monday to find out, making it extremely likely that it’ll be Espurr to start the Kalos celebration at the beginning of December.