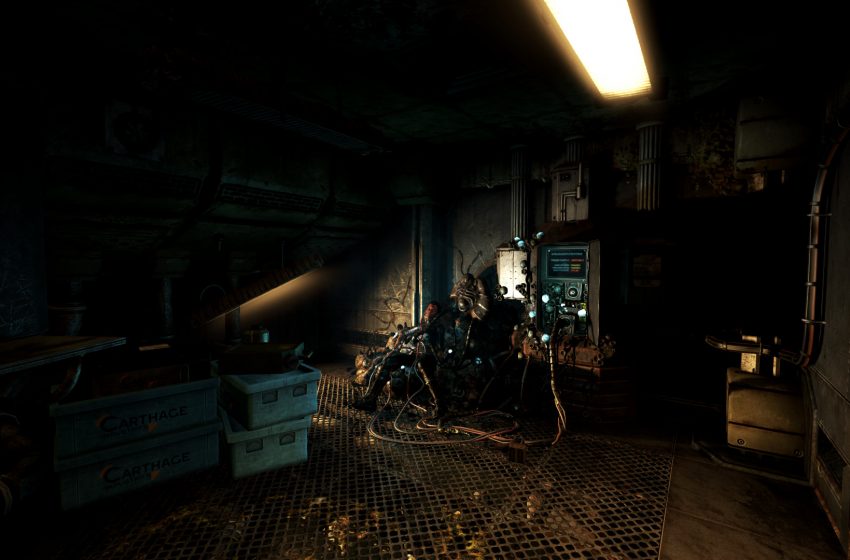 Frictional Games, the developers of the Amnesia series and Soma, have begun to tease their next game. If you visit a promotional website set up for the game, titled nextfrictionalgame.com, you will find an almost entirely black page, with a small dot in the middle. The dot seems to be glowing in an irregular pattern, but what it means is anyone’s guess. We’ve spent an unnecessary amount of time looking at this dot to see if it reveals any hidden code, but that doesn’t seem to be the case.

Fans of horror games will have reason to rejoice that a new Frictional Games title is on the way. The team set a high bar for horror games with Amnesia: The Dark Descent in 2010, then followed it up with Amnesia: A Machine for Pigs in 2013. Soma, which they released in 2015, set a new standard for writing in horror games, giving fans of the genre one of the best science-fiction stories we have seen in titles in some time.

With such a strong pedigree in horror, it is almost sure that the Frictional next game will be some horror game. What direction they will go in remains to be seen, but it is nearly sure to find an eager audience. In 2017, Frictional revealed that they were working on two new titles. Whether the upcoming title is one of those two or something else entirely remains to be seen. One of the games was described as “horrific in nature,” while the other was described as being “less about direct, visceral horror, and more about the player gaining an understanding of different concepts.”

Hopefully, we don’t have to wait too long to learn more about the upcoming title, and Frictional Games keep their tension building to their games, and not their marketing.