There’s been a rumor around for quite a while now that Halo Infinite could be an Xbox Scarlett launch title in 2020.

Of course, that doesn’t mean the game would not be releasing on Xbox One as well, thanks to a development spread all over the Microsoft platforms, PC included.

Anyway, the Redmond platform owner is not sharing any information about that and probably won’t until the next E3.

The franchise director Frank O’Connor has indeed pointed out, in a quick tweet, that 343 Industries is working exclusively on “Xbox One and appropriately spec’d PCs.”

“I have no idea what leak you’re talking about, but Halo Infinite will be released for Xbox One and appropriately spec’d PCs,” he said.

The game has been revealed last year at E3 2018 through a presentation of the new engine SlipSpace, which clearly hints at a next-generation future for the series.

It’s likely that a Ninja Theory game, Forza Motorsport 8, which is skipping 2019, and Halo Infinite could be coming upon day one in fall 2020 on Xbox Scarlett, but Microsoft won’t share more about that ahead of time.

I have no idea what leak you’re talking about, but Halo Infinite will be released for Xbox One and appropriately spec’d PCs. 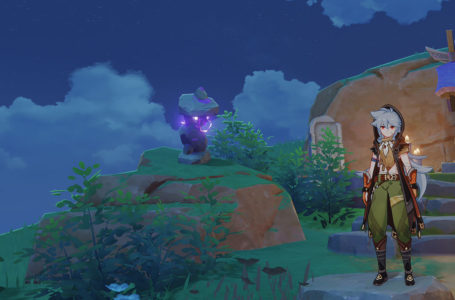