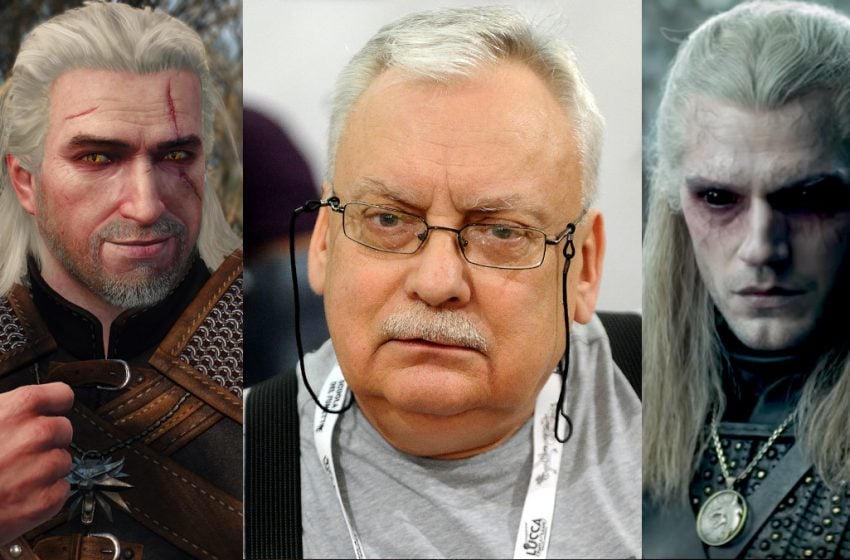 It’s no secret that Netflix has hit on their hands in the form of The Witcher. It has quickly become a huge success for the streaming platform, with a second season already in the works, as well as a recently announced spinoff anime called Nightmare of the Wolf. It also sparked a 500,000-copy reprint of the original Witcher book series, which is surely music to the author and publishers’ collective ears. (Toss a coin, indeed.)

Because of this success, you would expect the original creator of Geralt of Rivia and the continent he inhabits to be rather ecstatic about it all. However, ecstatic is not exactly a word one can use to describe author Andrzej Sapkowski.

In a recent interview with Gizmodo, Sapkowski didn’t mince words when discussing the success of the games and the show, and he’s not afraid to admit he has no interest in video games. When asked what he thought of the show in comparison to the CD Projekt Red game series that came before it, he had no qualms in telling the honest truth. “I cannot compare anything to video games, because I have never played any,” he said. “Anyway, in my opinion, TV series and video games… cannot be compared. They are too different in approach, making—and objective. You cannot compare spaghetti carbonara with a bicycle.” We can’t really disagree with him there.

Sapkowski is quick to admit that he was hesitant, at first, to agree to an adaptation of a television show. After experiencing several bad pitches and previous attempts to create a show, he “practically lost hope” until Netflix’s offer changed his mind. “This specific offer was businesslike and the people behind it sympathetic,” he said. “I had every reason to react positively.”

Other highlights include Sapkowski repeatedly declining any offer to express his likes or dislikes of how the show turned out. “I would have to be an idiot to say,” he said. “My name appears in the credits.”

The entire interview is an amusing look at a creator who just doesn’t care enough to hold things back, and his lack of passion for video games is a funny contrast to the much-publicized fandom of the Netflix’s star, Henry Cavill.

It has been very well-known that Sapkowski wasn’t ever very excited about the success of the games, having demanded more money from the game’s success in 2018 after admitting he thought they would never be successful. This, naturally, brought on the ire of the game series’ fanbase, but it looks like his outlook on the whole thing has improved since then. Well, we are counting pure apathy as better, at least.

The first season of The Witcher is available now for streaming on Netflix.