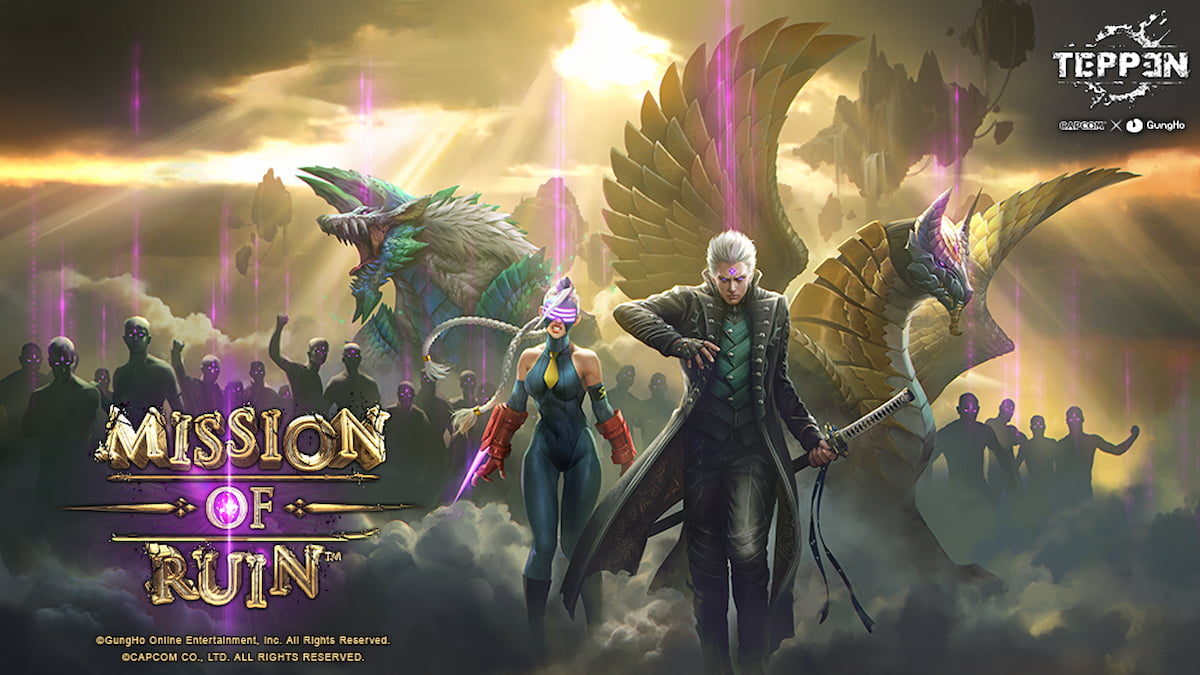 The Goddess Myria returns to Teppen in the Mission of Ruin, the start of a trilogy series where Myria uses Mind-Control Stones to subvert Mega Man’s Epsilon, Monster Hunter’s Juno, Resident Evil’s Saddler, and Sengoku Basara’s Xavi to her control.

The Mission of Ruin card pack, launching today, also features a new ability called Faith. Whenever a card with the Faith keyword perishes, they give one random unit card that also has Faith in your hand, or the EX Pocket, a +1/+1. However, if no other cards have this keyword, the ability will not trigger.

The first wave of cards has arrived with Faith, such as the Purple card Dante, Black card Faithful Shadow Decapre, Red card Leon S. Kennedy, and Green card Cammy. In December, additional cards will be released for the Mission of Ruin in the Point Match Reward Exchange or the Soul Shop.

The release of the new card pack also comes with an anniversary bonus and 10 free Mission of Ruin pack tickets for every player who logs into the game. Players can expect upcoming sales on Black Friday and Cyber Monday for Teppen.

The Mission of Ruin is the first part of an upcoming trilogy story for Teppen, with more chapters arriving over the next few months.