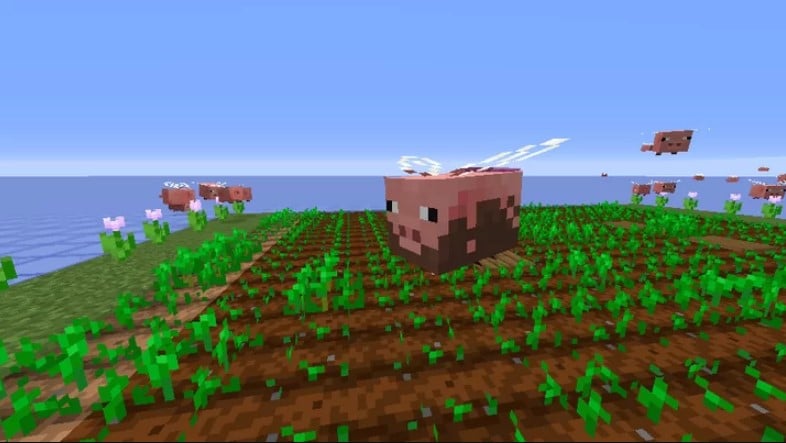 The next update for Minecraft will focus on the Nether biome.

MINECON Live is going on now and showing off some new content. First reported by IGN, and revealed at MINECON Live, the next update for the hit game is the Nether Update. As ominous as that sounds, it’s anything but. Minecraft’s Nether Update will bring “new biomes, mobs, structures, blocks, and visual effects to the Nether to enhance its unique and scary atmosphere.”

The Nether is a unique, terrifying, location in Minecraft only accessed via a Nether Portal. The portal itself must be constructed of obsidian and lit with fire to function. The player can access the Nether by standing in the portal. The Nether functions differently than the surface world in Minecraft. Traveling through the Nether takes less time than traveling through the surface world. For every step you take, you take eight more in the world above. Advanced players can use this to build new portals and transport them to new biomes in and out of the Nether. New players might find themselves lost.

There’s also a lot of lava.

The update will expand the Nether. Instead of the one, barren, desolate biome, it will have new, smaller biomes: The Soulsand Valley and the Netherwart Forest. Plus, there will be new enemies. The new mob revealed at MINECON Live is the Piglin Beasts. The Pigmen already inhabit the Nether, so the Piglin Beasts and mob might be an extension or upgrade from the already existing monsters.

Fans can vote on a new name for the Piglin, so don’t get too attached to the name.

New structures and blocks popular as part of the Nether Update. The Target block is one of the new blocks. It will act as a projectile hit-detector.