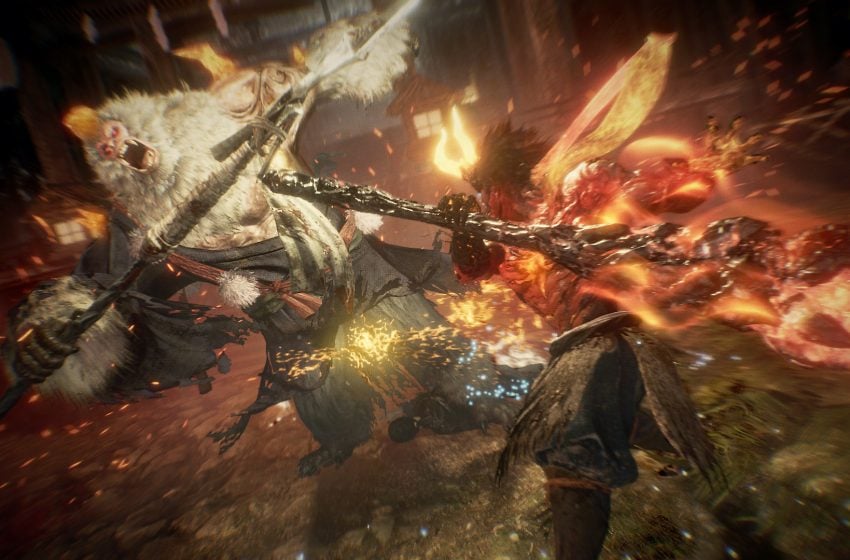 Team Ninja launched an open beta last month for the upcoming action role-playing game Nioh 2. Creative Director Tom Lee published a PlayStation Blog post thanking fans for providing feedback during this time. He then also covered the changes that would be implemented due to the responses.

“It was a tremendous learning experience for us as we carefully examined you guys playing the demo. We really appreciate the massive amount of responses submitted to our questionnaire after the playthrough,” stated Lee. “Our team has thoroughly read and reviewed everyone’s constructive feedback, and with that input, we are working diligently towards fine-tuning the build for the final game.”

Some of the open beta feedback includes player controls, enemy action, level design, character advancement elements, sound, and more. Team Ninja attached the key aspects that would be addressed in response to the feedback. 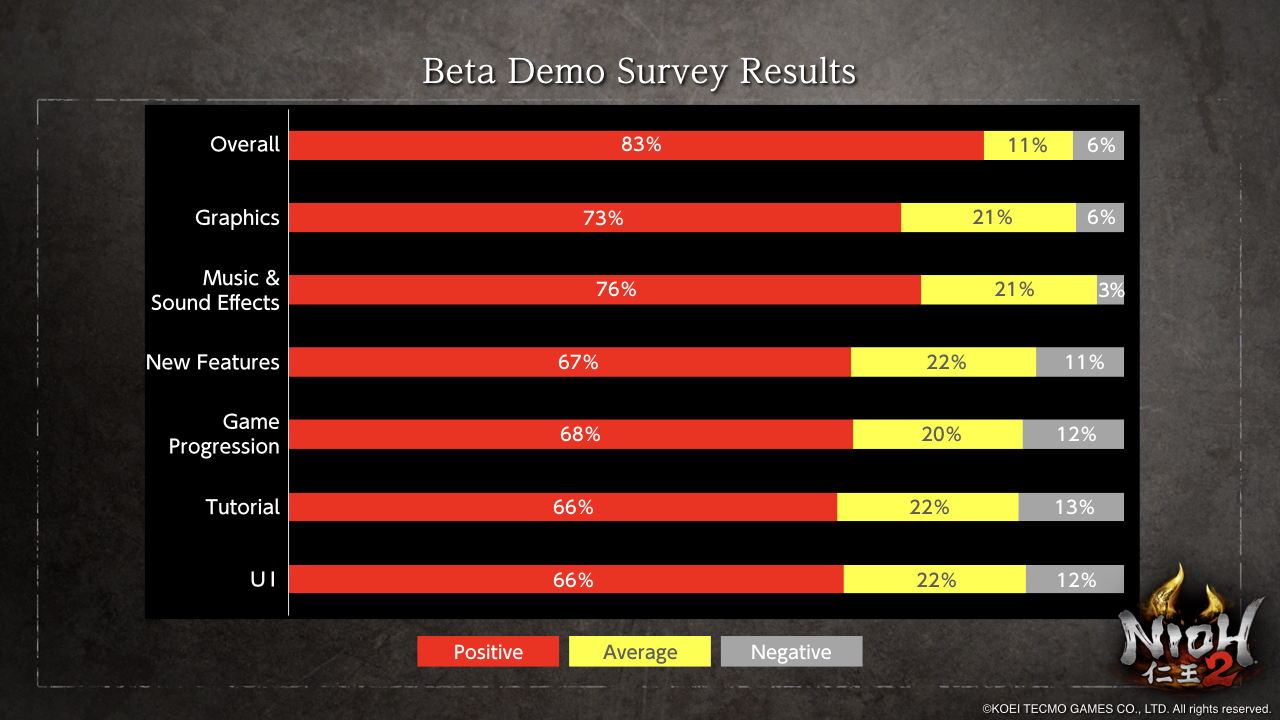 An infographic showing data from the beta survey results is also provided. It features positive, average, and negative percentages for responses from categories like graphics, sound effects, game progression, and UI.

The largest area for negative feedback was from the Tutorial, User Interface, Game Progression, and New Feature areas. The Overall and Graphics categories tied with around half the negative responses as the top four. Finally, the Music & Sound Effects had the least.

Some of the key features being improved consist of: