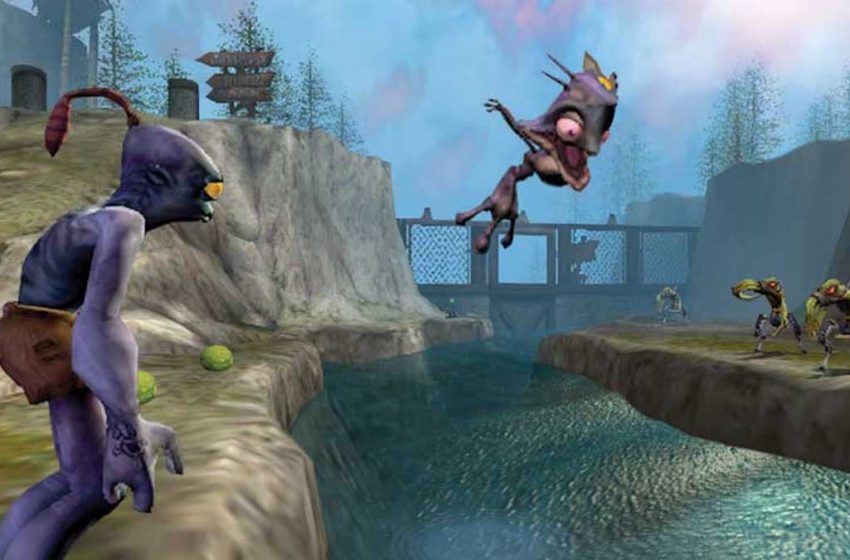 The Nintendo Switch looks to be a proper fit for some of Oddworld Inhabitants’ classic adventures. An excellent port of Oddworld: Stranger’s Wrath just arrived on the system last week. Now, Oddworld: Munch’s Odyssee looks to be close behind.

Though there’s no confirmation yet, the Entertainment Software Rating Board (ESRB for short) provided a classification for Munch’s Oddysee HD on the Switch, where it’s been given a “T” for Teen. This is due to “Blood, Crude Humor, Language, Use of Tobacco,” and “Violence.”

Players take control of Abe, alongside his pint-sized partner Munch, as they take off on a whole new adventure. They’ll utilize special psychic powers, cool power-ups and other abilities as they attempt to reclaim the last Gabbit eggs on Oddworld, located somewhere in a can of Gabbar.

With improved visuals and sound, Munch’s Odyssee springs to life in high-definition. Players will need to help Munch the Gabbit as he makes his way across the dangerous world, in an effort to bring his species back from extinction.

Oddworld: Munch’s Odyssee first debuted on the original Xbox as part of its initial launch line-up in 2001. Since then, the game has been ported over to Game Boy Advance, PlayStation 3 and PlayStation Vita. So, obviously, the Switch seems like the next logical step.

Again, it’s not officially announced just yet, but with an ESRB classification, an announcement probably isn’t too far behind.