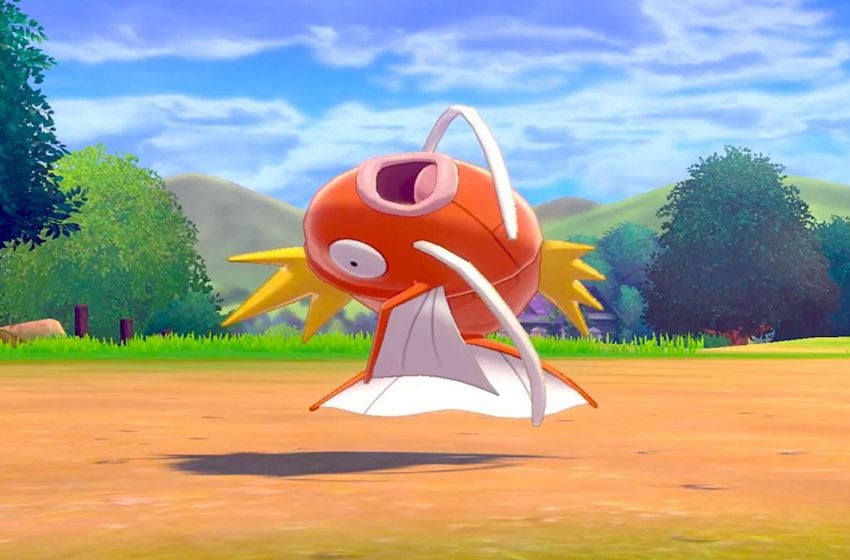 Everyone’s favorite useless fish Pokémon is the star of the newest Wild Area Event in Pokémon Sword and Shield.

Magikarp is one of the most notoriously pointless Pokémon in the entire franchise. Its main move is Splash, which does nothing. Players have put up with its uselessness because it evolves into Gyarados, one of the best Pokémon in the games.

Despite how utterly inefficient Magikarp is, it has become one of the infamous Pokémon in the franchise mostly because players have grown to like it in an ironic sense.

Fortunately for the ‘karp-man, it will be the focus of a new event in Sword and Shield. Serebii reports that Dynamax Magikarp will begin spawning in Max Raid Battles in the Wild Area. The publication also points out that there will be a higher chance of encountering a Shiny Magikarp during this event.

Serebii Update: A new Wild Area event has begun. Magikarp raids are more common with there being a higher chance of encountering a shiny Magikarp https://t.co/gDbXkHSvkT pic.twitter.com/6hDTqM9T9C

Players who defeat the Dynamax Magikarp in the Raids will be rewarded with golden Nuggets which they can sell at shops for a high price. Nuggets come in two sizes, normal or big. Dynamax Magikarp will reward players both for beating it.

The Magikarp-focused Wild Area event is available now in Sword and Shield. It will last until Jan. 3, at 11:59 pm UTC.