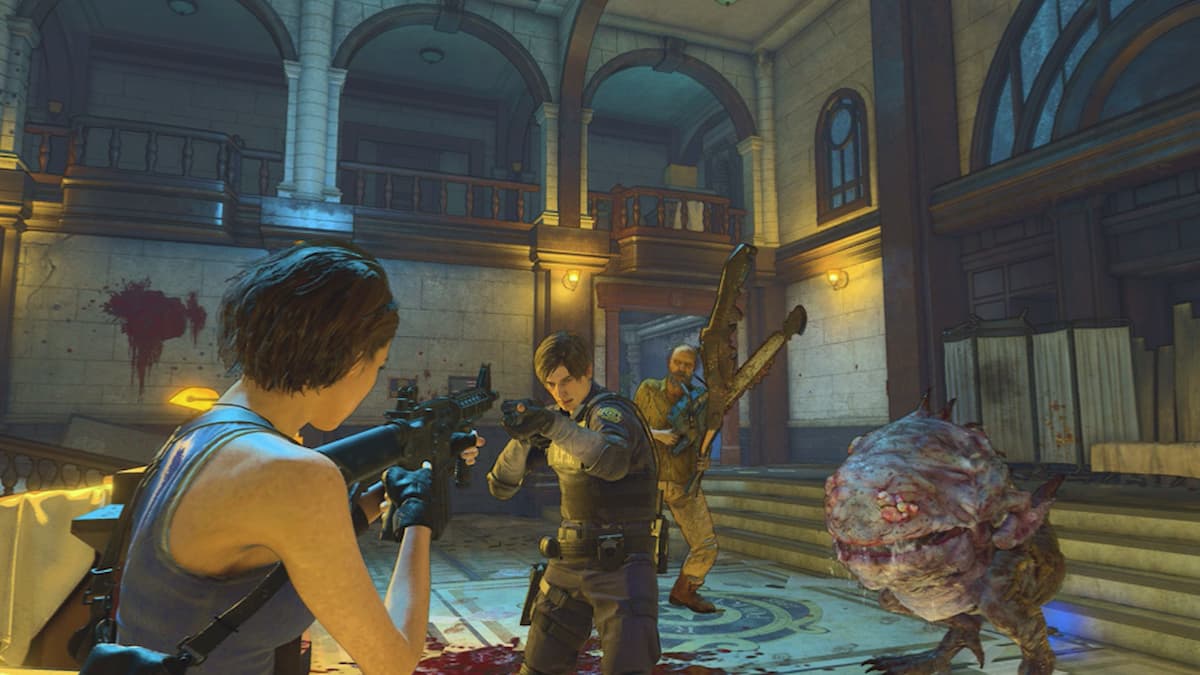 Looking to redeem itself after the lackluster Resident Evil Resistance, Capcom has unraveled a new multiplayer experience with Resident Evil Re:Verse. As shown in Thursday’s Resident Evil Showcase, the online-centric game reverses Resistance’s co-op formula and instead pit players against each other in four to six-player deathmatches.

As the game’s development was inspired by this year being Resident Evil’s 25th anniversary, the online, third-person shooter will offer a handful of characters and maps that debuted in the franchise’s previous games. For instance, one portion of gameplay displays one map inspired by Resident Evil 2’s police station, as the iconic Chris Redfield and Jill Valentine get into a chaotic gunfight.

Although not all of its selection of characters has been announced, the video reveals others, such as Leon Kennedy, Claire Valentine, Ada Wong, and Jack Baker. For those who fall in the heat of battle, rather than sitting out the rest of the round, players will respawn as a juggernaut bioweapon who can continue to wreak havoc on the enemy team.

Currently, Capcom is welcoming all PlayStation and Xbox owners to register for Re:Verse’s closed beta until January 25, with it being playable from January 27 to January 30. As for its full version, the developer says it will be free to anyone who purchases Resident Evil Village, and will launch on the same day – May 7.