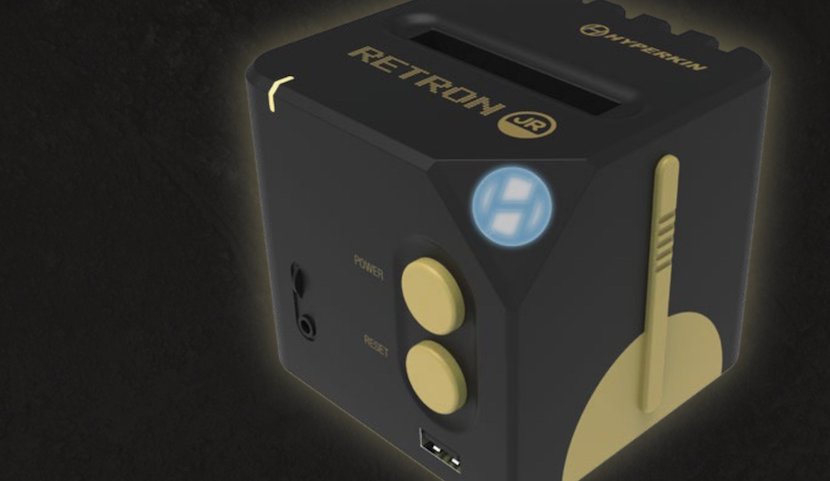 Move over, Super Game Boy. There’s a new way for players to enjoy their favorite handheld games through television.

Hyperkin, a company that specializes in systems that revitalize retro games for modern televisions, has announced the Retron Jr.,which will be of great use to those who embrace Nintendo’s handheld games.

The cube-shaped system will allow players to use their Game Boy, Game Boy Color, and Game Boy Advance through a cartridge slot. They can enjoy their favorite titles on their TV with 720p support through HDMI. This will be done through emulation, rather than with an FPGA chipset, which is the way competitor Analogue’s Pocket handheld, also used to play Game Boy cartridges, will work when it’s released later this year.

Hardware-wise, the system will include a SNES-like Scout controller, which comes with a 6-foot long cable. There’s also a 3.5mm headphone port, for those who like playing Game Boy games the same way they might have done in the past, with the help of their favorite headset.

Lastly, there’s a link port. With this, players can connect two Retron Jr. systems together and play older games that support multiple players.

This system could easily be a hit for those with a huge Game Boy library. However, Hyperkin hasn’t provided information as to when it’ll come out, or how much it’ll set them back. Expect some kind of follow-up in the months ahead, along with details on whether it’ll support import Game Boy games. We know a lot of you who get a kick out of collecting those.