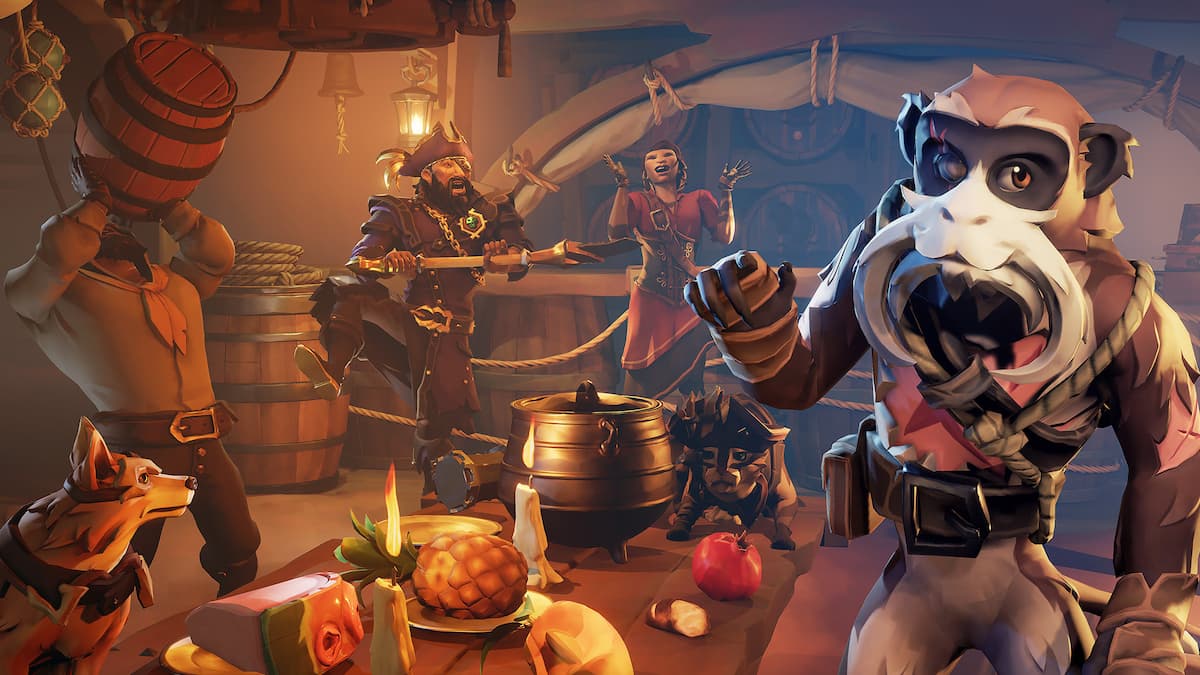 Concrete details on the fifth season of Sea of Thieves are thin on the ground. We know a Season 5 is arriving in the near future, but we don’t have precise dates nor do we know what content is being added. That lack of information changes with today’s teaser video.

The official Sea of Thieves Twitter account posted a 20-second clip that teases one major Season 5 addition. The clip begins with a view of multiple ships in frame, anchored to the middle of the ocean. The camera moves into the thick of this ship formation as boisterous music plays in the background. Once the camera moves past the final ship, we see a mounted cannonball device attached to a rowboat that is then fired at something off-camera, presumably the ship in front of it.

This is a pretty big addition as up until now, rowboats didn’t have much combat utility. They were tiny and really only useful for squeezing into tight spaces the larger vessels couldn’t access. Due to their limited space, you couldn’t do anything with them aside from travel and transporting loot, especially with the harpoon rowboat. Now, however, there’s at least going to be some sort of offensive capability even if it won’t match up to the ships.