Many developers have paid visit to Hideo Kojima in his office in Tokyo, Japan, in order to have an early look on Death Stranding and talk to him.

Interestingly, during the last few days, The Division 2’s creative director Julian Gerighty has flied over there and shared the results of his visit on Twitter.

Gerighty has shared some very enthusiastic opinions about how the game is currently shaping up on PlayStation 4.

“Over the course of making The Division 2 we did many many awesome things and received support from many other developers,” he said.

“Hugely thankful to Hideo Kojima for having welcomed us to his gorgeous studio and shown us his mind blowing game.”

Then he added: “trust me, Death Stranding will be timeless.”

Fun enough, “timeless” could be a hint at some of the themes in the story of the game, since the rain in it, called Timefall, has weird effects on time.

So, at least, it’s a great choice of words. And, talking about time, we still don’t have many clues about when the title is releasing, but according to some of the latest rumors Death Stranding could be releasing in 2019.

Over the course of making #TheDivision2 we did many many awesome things and received support from many other developers.

Hugely thankful to @Kojima_Hideo for having welcomed us to his gorgeous studio and shown us his mind blowing game.

Trust me, #DeathStranding will be timeless. pic.twitter.com/cGAZBYVKsL 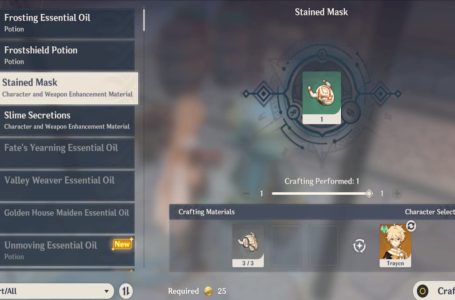 How to craft something using alchemy in Genshin Impact