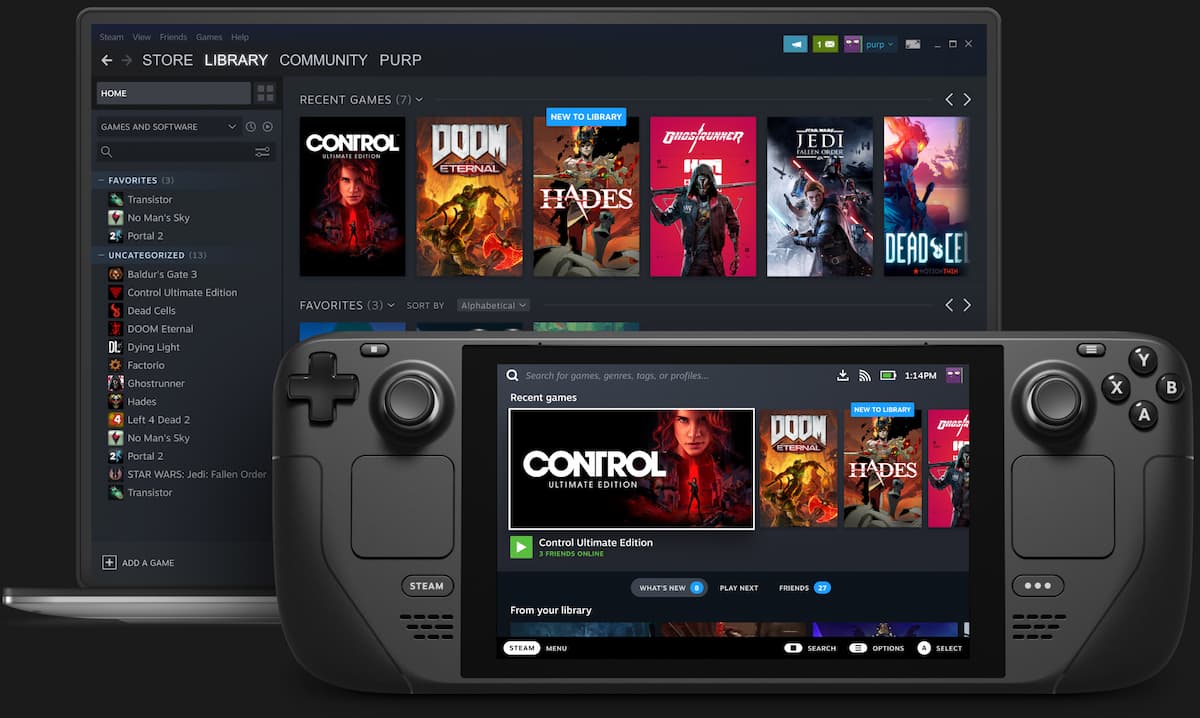 Valve revealed today its brand new portable system, the Steam Deck, which will allow users to play games straight from their Steam library by logging into their Steam account. The Steam Deck will come with a seven-inch touch screen, two thumbsticks, two trackpads, and gyro controls. There are three models of Steam Deck at three different price points, which will be available for preorder starting July 16 at 10 AM PT.

The cheapest model at $399 includes 64GB of eMMC memory, the $529 model comes with 256GB of NVMe SSD memory, and the most expensive model at $649 features 512GB of NVMe SSD memory (along with anti-glare glass). In addition, there’s a MicroSD slot for additional memory, so what you’re really paying for is faster memory speeds at higher price points.

The Steam Deck boasts an AMD Van Gogh APU, which features Zen 2 + RDNA 2 architecture, making it theoretically more powerful than the original PlayStation 4. Practically, however, its 40 watt-hour battery — which lasts from two to eight hours — would hold the Steam Deck back since using its full power would kill the battery life rather quickly. However, when connected to a dock (which will be sold separately), its full power would most likely be utilized. The Steam Deck can also be used as a portable PC — users can install PC software, browse online, stream videos, and even install other game stores.

For the first 48 hours, pre-orders will only be available to Steam users who have made purchases before June 2021. A $5 reservation fee is required at the time of pre-order, which will be fully refundable. Refunds within 30 days of reservation will go back to the payment methods used, and after 30 days, the refund will be given as Steam credits.