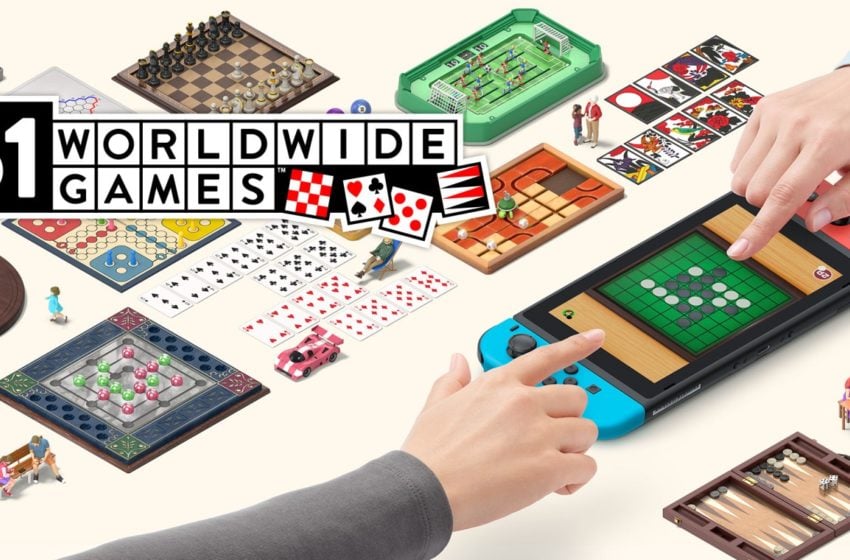 Nintendo Switch’s latest addition to the ever-growing library, 51 Worldwide Games, doesn’t need that much of an explanation. The title features 51 games famous across the world in one package for players to compete against CPU opponents or other players. The games range from timeless classics to some you may not have heard of, but there is so much on offer that it’s hard to not appreciate the bundle, especially when considering its value. You can sit down and play a game of chess for one minute before changing it up and diving into a game of Ludo or Air Hockey. Don’t worry if you don’t know how to play the games either, as Nintendo has you covered.

Before you go into each game, a short cutscene will teach you how to play the game. Some games that require further thinking or strategy, such as chess and Shoji, to name a few, will also provide an expanded tutorial for new players. These tutorials are actually pretty charming. It’s hard to explain but just know if you get the games, the tutorials offer some Nintendo-branded humor that teaches, informs, and amuses each time.

There really isn’t anything like it and, honestly, 51 Worldwide Games is the perfect title for playing with family and loved ones in the world’s current climate. The fact you can play some of the games with various controls, such as touch, motion, or standard analog is just a bonus. That isn’t to say there isn’t some form of challenge, either. For those who can only play the game solo, there are many hidden unlockables to find for some of the games, and some of the CPU difficulty levels get increasingly challenging, where you will be hoping that luck is on your side for some important wins.

If you are planning to play the game alone, though, and want to challenge others, you’ll be happy to hear that the game has a robust online system that allows you to play against friends or randoms in most of the 51 games available. You can choose which one to play or click the random button and go at it against people around the world to test your skills and prove you are the best. Even with this, it’s a shame that there is no competitive leaderboard or mode for some of the titles to entice certain players to get better and have fun, though it could always be added in the future as an update (Nintendo, please!).

Unfortunately, one area we weren’t able to look into during the review (due to the current climate of the world and COVID) was Mosaic mode, which allows you to put a bunch of Nintendo Switch screens together to create things like a large Piano or a Slot Car track, so we might need to come back to this later.

Simply put, the game is undeniably fun and has something for everyone. Some people might just pick it up to play a handful of games while others might try to perfect every single one of them. It’s a shame that it doesn’t have a lot of the online features as its previous iteration, 42 All-Time Classics on the Nintendo DS, had, such as online leaderboards for each game to add some competitive spice, but 51 Worldwide Games doesn’t necessarily need it. It sets out to be a bundle of casual fun, and that’s all it needs to be.

Disclosure: Our review copy was provided by Nintendo U.K.