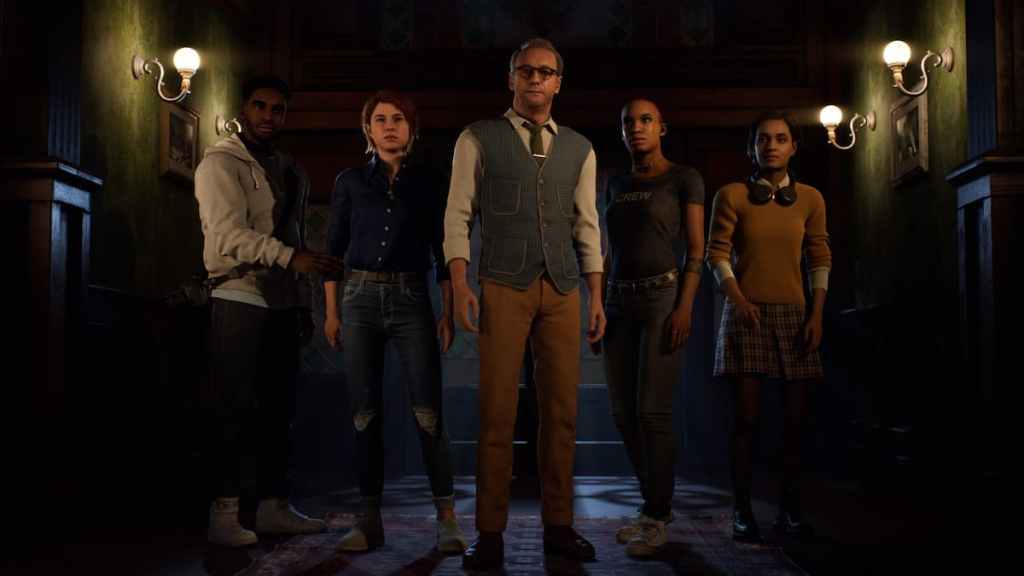 The real-life story of “America’s First Serial Killer” H.H. Holmes is one that, many historians agree, was made overly fantastical by slapdash detective work and the rise of yellow journalism around the time of his killings. Yes, he’s confirmed to have killed at least one victim (and swindled countless more in insurance fraud schemes), but his famed “Murder Castle” is likely an exaggeration to make his story that much more sensational for readers in the late 19th century.

Similarly, The Dark Pictures Anthology: The Devil in Me has made several surface changes to its tried and true formula to try and spice things up. Unlike the Murder Castle the game is emulating, these changes don’t do much to shake things up in any meaningful way. That said, much like Holmes’ real-life tale of fraud and general skullduggery, the core of the tale is more than enough to please longtime fans of Supermassive Games’ horror anthology.

The devil in the details

The Dark Pictures games have always been light on gameplay. The core of the series is about digging deep into spooky stories and awkwardly fumbling through exploration. The characters have never been “fun” to control and the camera is often cumbersome (though the developers should be praised for some of the tension-building shot angles that often pop up). Since The Devil in Me is billed as the “Season One Finale” for the Anthology, Supermassive has decided to make a move to spruce up the gameplay by giving you access to several new abilities.

This includes everything from being able to vault over fallen logs and bookcases to a new item system that lets each character have their own “loadout.” However, much of this falls flat because it’s not really adding anything meaningful. Almost every new action would have just been a Quick Time Event (QTE) in the past, so it often feels like an addition for addition’s sake — something that doesn’t change how you play the series, but does add extra steps.

On top of that, remember how I said the characters used to move awkwardly? Well, that only gets worse here because you’ll have instances where you want a character to jump up to a higher floor from a box they’re standing on, but if you don’t have them in the exact right spot, they’ll just hop off the box instead. It’s not horrible, especially if you’re used to the series, but it doesn’t feel like it adds anything other than a bit of extra time and frustration.

Likewise, the item system could have been neat. Given how choice-based these games are, the idea that you could choose which items characters had going into a new scene would be really neat. Sadly, I only ran into one of those situations where my decision for who had what actually mattered. For the most part, the characters have the items they start with and you’ll use them to solve different environmental puzzles. You’re not passing around Mark’s camera or Erin’s inhaler. Hopefully, this is something they can flesh out in future installments, but here, it’s wasted potential.

One of the big positives of the added suite of abilities, particularly the vault, is that it has led to Supermassive building levels with more verticality than in the past. At times it feels clunky, but having levels where you’re actually clambering over terrain as you move up or down on the landscape is much more interesting than just walking down a dimly-lit corridor for the hundredth time. I’m also a big fan of the direction the team is going with the focus on exploration-based puzzles that would’ve been much more difficult to pull off without the new moveset. Personally, I think the frustrations are mostly worth it as a testbed for what could come, especially because of how fun the actual story is.

Inside the Murder Castle

The Dark Pictures Anthology is at its best when Supermassive embraces the supernatural. Having the twist ending be something like a gas leak or happening inside of the main character’s head never really worked. This makes sense when you consider the progenitor to the series, Until Dawn, went all-in on embracing its movie monster. House of Ashes is where the team seemed to learn that lesson, though there was a fun twist that kept things relatively grounded.

The Devil in Me stays that course to great effect. You play as the crew behind a failing TV show who has been invited to an island where a reclusive millionaire has built a replica of H.H. Holmes’ famous Murder Castle. Nearly immediately, things begin to escalate as a mass murderer turns you into his plaything, using the Castle to kill your characters in all kinds of gory ways.

As you uncover the Castle’s secrets, you’ll inevitably start to wonder who this killer actually is. Is it as simple as the millionaire being too obsessed with Holmes’ string of suspected murders? Maybe this is a reincarnation of Holmes who is now trying to up his body count in the modern day. Heck, could it actually be one of the people on your production crew? Or a twist that I can’t remember Supermassive using yet? Of course, I won’t spoil the ending for you here, but it’s safe to say that it kept me guessing until the final scene. Plus, the dangerous potential for someone romanticizing a serial killer kind of feels of the moment with the recent Jeffrey Dahmer Netflix show, making that part of the tale more palatable for my tastes.

To me, that’s the mark of a good entry into The Dark Pictures Anthology. Me wetting my pants from jump scares is guaranteed at this point, so the key to my enjoyment of these games is when they’re able to deliver a tale where I have to see what’s next (and all the glorious ways my characters can die). The Devil in Me is full of intrigue between its mostly fun cast of protagonists, mysterious villain, and the Murder Castle, which quickly becomes a character all on its own with shifting walls, horrifying death traps, and tons of secrets to uncover. I don’t have a clear hour count, but this also seems like the longest Dark Pictures game, so there’s definitely quite a bit to soak in if you’re up for it.

My only real gripe with the story and its cast is actually with the game’s biggest star. It’s not that Jessie Buckley isn’t doing a good job, it’s just that she has the least to work with. I also can’t help but feel like she had the least time to spend in the studio, leading to a few weird line reads that took me out of it. The rest of the cast, especially Paul Kaye’s Charles and Nikki Patel’s Erin, is solid. While these games are never a tour de force in the best acting in the industry, I always love when the performances embrace the “B” movie feel, which is exactly what you’re getting here.

Of course, this is a choice-based game, so there are times when characters have to slide into a scene to fit the overarching narrative even if it doesn’t quite make sense. For example, at one point in my save, Mark seemingly escaped the killer without any issue only to see him randomly chained to a pipe in a locked closet the next time he popped up. This has always been an issue in this series, so if that’s bothered you before, don’t expect it to be completely fixed.

Finally, I have to talk about how this fits into the larger Dark Pictures story. In the final scene of House of Ashes, there were hints that this whole thing is building to a world where all these stories combine somehow. Later leaks of the titles for Season Two would further confirm that we were going to be seeing something around a place called “Winterfold.” Unfortunately, I didn’t notice anything adding to that overarching plot during the main story, though there were some hints that something is happening in whatever world The Curator (the man leading through every Anthology entry) exists in.

As someone who is perhaps too invested in the idea that everything we’ve seen is going to be connected in some deeper way, that was a bit disappointing, but the final scene in The Devil in Me does hint that we might not have seen the last of the Murder Castle. Regardless, the future of The Dark Pictures Anthology continues to look strong as we head into whatever horrors will come from Season Two.

Supermassive Games tries to better its gameplay with a new moveset for the playable characters that mostly feels like an addition for the sake of it. While it’s not breaking any new ground in the exploration-based gameplay, the core tenants of what makes a good Dark Pictures game are all here. The Devil in Me is one of the better page-turners in the genre, leaving enough room at the back of the book for the team to make it even better when Season Two kicks off.