There are times, and I am being completely honest here, that I despise Vermintide 2. I despise watching my squad of daring adventurers succumb to a massive wave of filthy rat men just a few minutes shy of the end of a tough level. I hate having to fight a Bile Troll in a small room, which can unfortunately happen from time to time. I go beetroot red with effort as I dance between killing enemies and reviving friends, desperate to help my party stay alive. So, yes, sometimes I really hate Vermintide 2, but it is only ever for good reasons. The game is challenging, demanding, engrossing, and rewarding. No matter how much I end up hating those pesky, chattering rats and the armored Chaos hordes that accompany them, I always want to play more.

Vermintide 2 is the follow up to the original Warhammer: Vermintide by developers Fatshark Games. It is a true sequel in the sense that the story follows on from the events of the first game. The heroes are the same, with the same fun dynamic that stood out the first time around. The difference now is that the Skaven scum have been joined by human allies. Nasty Chaos hordes who would rather toss their souls into damnation and side with Chaos than embrace the true might of Sigmar. As evil flows across the world, the solution is clear, kill the rats and burn the heretics.

Vermintide 2 is a first person, cooperative action game. You kill enemies via the blade, the gun, and even some magic. There are five heroes that you can play as, all with their own unique skills, weapons and strengths. Where the game differs from the first, is that all these heroes now have three careers that you can unlock over time. Careers bring new abilities, a new look, and some new lore. For the most part, you will be chopping, smashing, or stabbing endless hordes of enemies as you try to make your way through the level. Combat is smooth, and in ways, simple. There is depth, however. Learning how enemies fight and behave, how best to dispatch them, and when and where to make a stand all become very important.

At first, many players will find even the basic difficultly level challenging. This is not because the game is poorly balanced, but simply because of its rather clever design. The levels can be large, sprawling affairs, and you rarely meet the same enemies in the same place twice. Audio cues become extremely important, sneaky rat Assassins or other poison throwing vermin will normally give some kind of hint as to their location. Loud warning peels will ring out when you are about to be rushed by a large group of enemies. The game can be filled with surprises, but it is not unfair with how it dishes them out.

Opening a barn door to progress further into the level could reveal a Rat Ogre, Bile Troll, or Warpfire Thrower. All three need to be dealt with in a different way. Large groups of enemies will attack at different points on the map, depending on how Vermintide 2 decides to treat you. Resources will be scarce, and it is only by learning where they are, when to use them, and what different threats actually mean, that things becomes easier. As your own skills improve, you can simply up the challenge with new difficulties, or attempt to perform special Heroic Deeds.

Combat is joyfully smooth, becoming a clever blend of attacks, blocks, parries, and guard breaks. The best part is that teamwork is an important factor. From sharing resources, to fighting boss monsters, and making sure all angles are covered as a swarm of enemies attack you. Squads that play smart as a group will do well. Throw in the need to use your abilities at the right time, and always keeping an eye on teammates in case one of them gets downed, and you have an excellent recipe for tense co-op play.

Level design is also a treat. Large, sprawling maps provide ease of progression while encouraging small amounts of exploration. Exploring is something you will need to do if you wish to find all the secrets that maps contain. More than anything, they are fun to play. One of my favorites involves climbing the streets of a town, moving ever upwards towards an evil bell that you need to destroy. Upon cutting the bell lose from its perch, it crashes down through the town and you must make your escape through the trail of devastation it leaves behind. Warhammer: Vermintide 2 aims to provide spectacle in places, and when it does it succeeds in a fun way that makes things feel more exciting.

Where the game differs most from the first installment is with the introduction of a Power level. All weapons and equipment will have a power rating. These combine to provide an overall Power rating for your hero, which will impact things like how much damage you can take and do to enemies. Sometimes you will need to choose between maxing out your power and taking items that might have a lower level, but offer some other benefit. You can switch careers between missions, allowing for a variety in your play style that can be supplemented by changing your loadout. Best of all, loot drops are now character specific, so no more smacking your head off the wall as you try to get a new sword or bow for your character.

When a mission ends, you get a rating based off how you performed, and how many Tomes, Grimoires, and Loot Dice you found. You need to play smart, though. Carrying Grimoires will limit your health bar, and Tomes take the place of any healing potions. Make it to the end of the level and this will then net you a loot box that will drop three items. As you progress and replay missions on harder difficulties, the loot gets better. It is a much better system than the original’s more random nature. There are no microtransactions, so the only way to progress is to play, and hunting for tougher challenges will help you progress a bit faster. It is a nice breath of fresh air.

There is also grafting, cosmetics, and general upgrading of equipment that can be done. My main issue here is that inventory and menu screens can be a little clunky and poorly organized. Sometimes information can be a little thin, and the benefits of different types of crafting and upgrading are not always obvious. I do have to say that each menu effectively having its own little section in the Keep that acts as a hub between games is a nice touch. All in all, the inclusion of more traditional RPG elements in the form of unlock-able traits as you level, and the removal of the awkward loot system from the first game, are both deft improvements in Vermintide 2.

Unfortunately, should you fail a mission, you don’t get much beyond some XP. Eventually, gaining levels can turn into a bit of a slow crawl. This makes it seem a little bit stingy at times, but good groups should succeed far more often than they fail.

A Beautiful Day For Slaughter

Vermintide 2 throws a lot of enemies at you at times, so how the game runs is very important. I ran the game on DX12, and it was buttery smooth. My frame rate always sat well above 60, and I never suffered any stuttering, no matter how many enemies were on screen. The initial loading time is a little long, but once you are in everything moves at a brisk pace. I did have a couple of crashes, but these haven’t exactly been common. From time to time I did notice a few in game bugs, such as slow loading textures in one or two spots, or getting stuck on geometry. Once again, these were hardly common.

The game itself looks beautiful, and the options screen is filled with all those lovely choices that you expect to be able to make as PC gamer. There is a very healthy FOV bar in there, which is a must, as well as all the usual graphical options you would hope for. If you think you may need to make a few sacrifices to graphical fidelity because of your PC, you will easily be able to find a setting to change that you can live with.

Unfortunately, there are parts of Vermintide 2 which I do feel need more work, and most of them center around simple aspects of multiplayer. When using in-game voice, there is no indicator as to who is speaking. While there is a kick option, it is hard to find. I initially thought there was none, and it was only with some developer insight that I discovered it was there. Upon occasion, information could be delivered with a little more clarity in game. For the vast majority of the time, though, Vermintide 2 has a lot more working for it than against it. It’s a fun game, especially with friends. I would expect any bugs or issues I ran into to be cleaned up pretty quickly, as most of them were in the original game.

If you have been looking for some of that Left 4 Dead style fun, with either your friends or strangers, Warhammer: Vermintide 2 is certainly worth picking up. Be advised, though, it is a game than asks you to embrace the grind if you wish to become truly powerful. 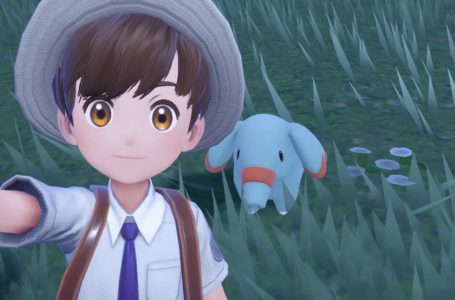 Where to find Phanpy in Pokémon Scarlet and Violet

All eyelash shape options in Pokémon Scarlet and Violet 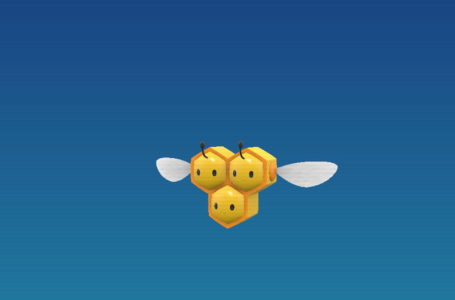 Where to find Combee in Pokémon Scarlet and Violet 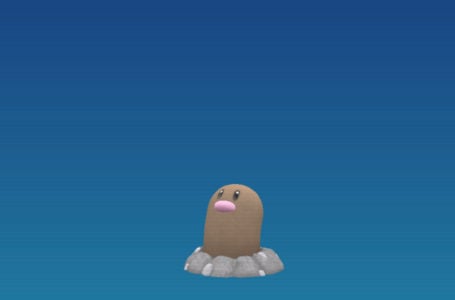 Where to find Diglett in Pokémon Scarlet and Violet