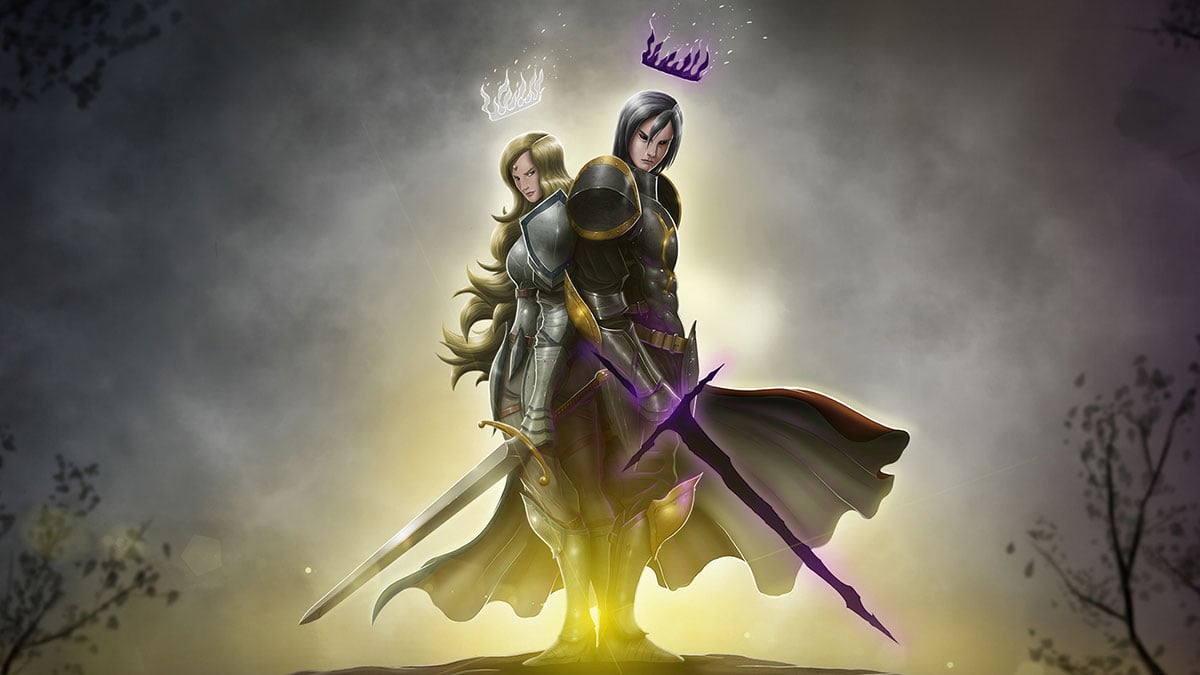 Aeterna Noctis is visually engaging from the very first screen. Its menu is stylized as shattered purple glass — a metaphor for the world you’ll be exploring. The Metroidvania game continues to offer flashes of broken beauty like that as the adventure continues. While it takes cues from retro and modern classics like Castlevania: Symphony of the Night and Hollow Knight, Aeterna Noctis sets itself apart with a hand-drawn art style that never lets you forget how lovely it is.

Aeterna Noctis sets itself up with an enticing narrative: a being called Chaos created the universe, but humans soon corrupted it. To balance this, Chaos created opposing forces of light and darkness. Our protagonist, the King of Darkness, is fated to battle his rival the Queen of Light repeatedly, as they dethrone one another for eternity. This cyclical war brings about balance in Chaos’ eyes — and sets up an expectation of breaking the cycle for good one day. Innumerable games start from a light vs. dark narrative like this, but the eternal, self-balancing nature is a good hook. Moreover, cutscenes in Aeterna Noctis are animated in a style resembling stained glass. This stunning imagery is seen all over the game, with the cutscenes standing out particularly.

The hand-drawn art makes the world look darkly beautiful too. As the game begins, the King of Darkness falls from the sky into the wasteland below, landing in a ruined village called Famished Town. In the background, massive masked giants walk around in tent-sized robes. I still don’t know what those things are, but seeing them cross the screen made me want to learn more about this world.

While the setting and style of Aeterna Noctis do a lot to set it apart, the act of playing the game feels very familiar. Platforming and combat have the pacing of the aforementioned Symphony of the Night or Hollow Knight, where methodical jumps and dashes give way to fast-paced clashes with all types of monsters. Enemies are fairly varied, offering different challenges as you take them on in battle. Skeletons in the graveyard area will block attacks with their shields, forcing you to dodge their own blows and counter when they leave themselves open.

Sickly flying bugs in the underground regions will spawn smaller flies to pester you — you’ll find yourself facing multiple threats at once in most battles. These fights don’t just feel good, but they look good too. The hand-drawn art doesn’t just make the backgrounds pop: the graveyard skeletons, in particular, look like something out of Dragon’s Lair, with a Don Bluth-like quality to their movement. Sometimes it’s hard to win a fight simply because you want to stop and admire the designs of developer Aeternum Game Studios.

Platforming, on the other hand, is frequently frustrating. It demands a lot of precision, with narrow spiked passages to slip through or small platforms barely big enough to hold you. I love a good challenge, but I found myself overshooting quite a lot due to the King’s momentum. He doesn’t come to a complete stop, gliding forward a touch whenever you let off the joystick. It feels good to clear a particularly challenging section, but I often felt like I was fighting the physics more than the arrangement of the actual platforms.

Aeterna Noctis is a Metroidvania game, so platforming skill isn’t enough to carry you from one area to the next. You still need to explore to gain new powers, and many doors are locked with keys hidden in the deepest parts of the various biomes, from the dark Abandoned Mines to the Glowing Light Tower. In the vein of Hollow Knight, you can find a cartographer in various spots. He sells maps, goodies, and even an atlas that reveals each area’s hidden item. The game’s general map isn’t very helpful due to a lack of detail, but stamping secrets onto it is useful for completionists.

The King of Darkness gets plenty of powers to help him find all those goodies. These run the gamut of Metroidvania staples like wall climbing, dashes, and ranged weapons for hitting unique targets. Many of these come from special trials, which serve as tutorials for each new power while playing into the deeper lore of Aeterna Noctis’ world. The blood-based nature (and visuals) of a lot of the King’s powers does a lot to spice up the fact that they are the same kinds you’d unlock in other Metroidvania games.

A kingdom worth saving?

Aeterna Noctis clearly borrows from successful Metroidvania series like Castlevania and Hollow Knight, but it doesn’t use them as a crutch. This world is distinct — not just because of its backstory and intriguing lore, but because it’s presented with a beautiful art style. The stained glass design of cutscenes and menus makes them all far more exciting than they’d be without it, and the hand-drawn art is so lovely it can even be distracting in combat. Aeterna Noctis is worth a look, and I mean that literally. 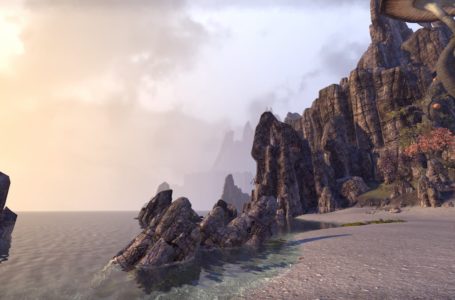 Is ESO down? How to check Elder Scrolls Online’s Server Status 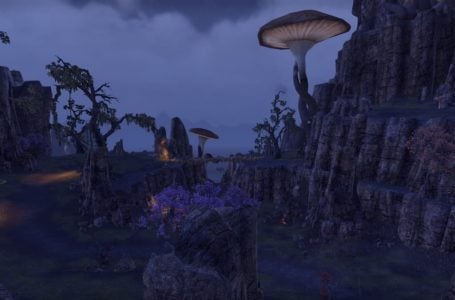 How to hide the crosshair in Elder Scrolls Online 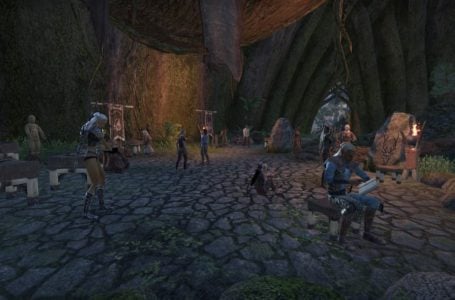