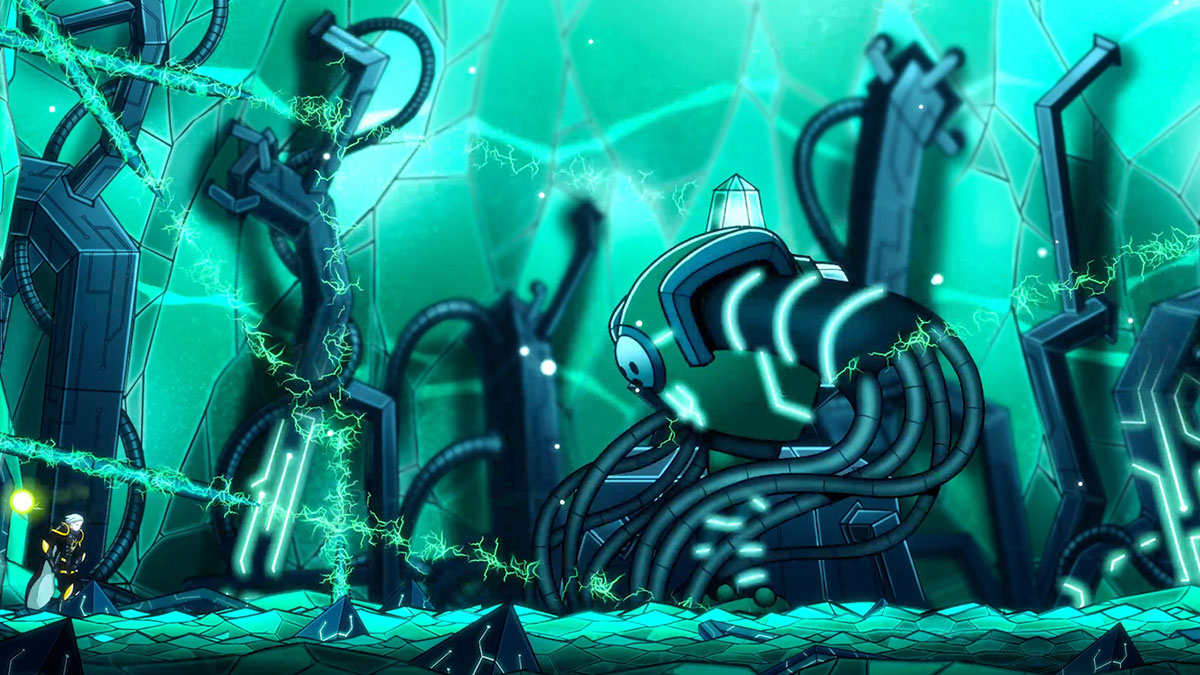 The King of Darkness can wield three different types of arrows in Aeterna Noctis which all serve very different purposes. While Light Arrows pierce special targets, Crystal Arrows can be used to teleport to wherever the arrow lands. They’re extremely useful tools — here’s how to get them.

By default, the main quest of Aeterna Noctis will take you to the Cradle of Light, a mechanical underground area full of gears and robots. Once you activate the elevator to the core, you’ll head inside and face a large robot boss. This is a challenging fight, so you’re going to need a strategy.

The robot has four attacks. First, he may fire a beam of light from the crystal above his head. This fires three times and it sweeps toward you when it does. To dodge it, you need to give yourself plenty of space to avoid the beam until it fizzles out, so use wall climbs and dashes to steer clear. The second attack is a laser grid that appears in a random pattern — this also happens three times. Look for the red beams that indicate where the lasers will appear and find a safe space to stand. The robot may also extend its arms to the sides of the arena and fire massive columns of energy. Look to the segments on its arms to see which ones glow green, as that’s where the columns will appear. The final burst will light them all up in succession, so be ready to dash from one segment to another in between energy beams.

The robot’s final attack is a bit different. It’ll tuck in and charge up with electricity — do not attack it during this time, or you’ll just end up getting zapped and taking damage. Instead, wait for it to charge toward you, then either jump from the wall or ground and dash over it. It electrifies the whole wall on impact, so don’t just hang on. As with most of its attacks, it’ll do this charge three times. While this is happening, regular robot enemies will be summoned, but you can actually ignore them. They’ll all be destroyed after the third charge, leaving behind plenty of blood drops.

Use that blood to keep yourself healed, attack the boss robot as often as you safely can, and you’ll come out on top. You’ll then take its crystal powers for yourself, winning you Crystal Arrows. Fire them as normal, then you can use the left trigger (or equivalent input) to instantly teleport to where the arrow landed. This is useful for navigation and getting a bunch of those elusive Soul Mirror Fragments.