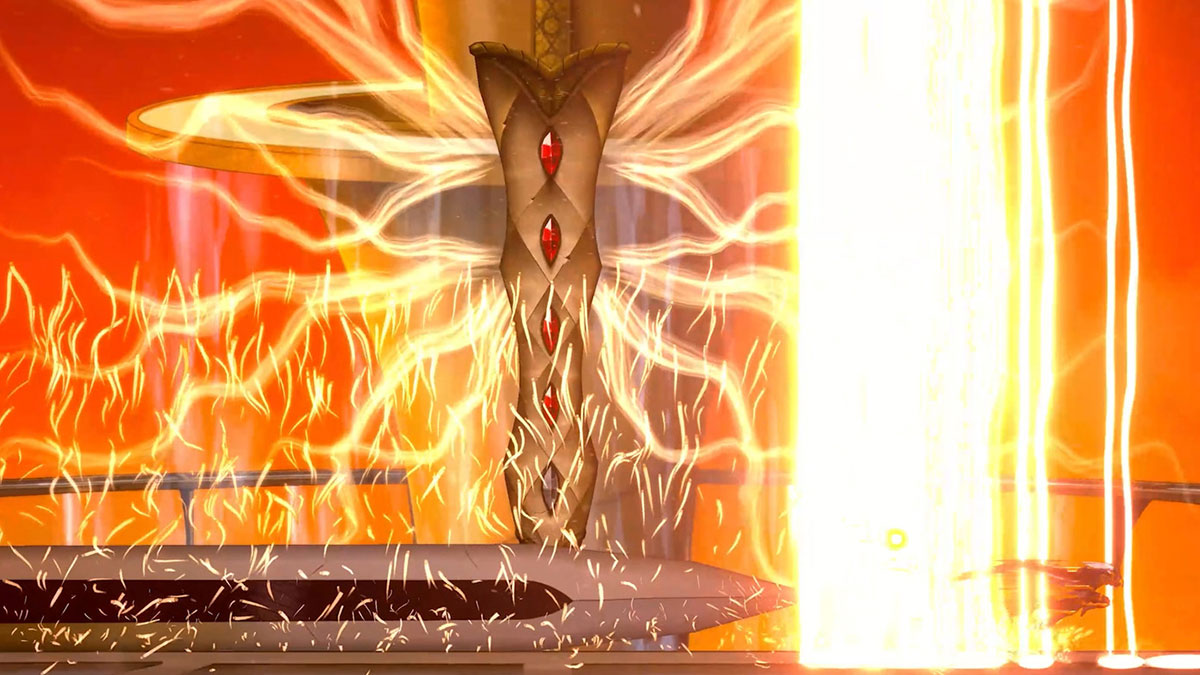 Aeterna Noctis has a wide range of weapons for the King of Darkness to wield. The Axe, the Scythe, and the Spear are all great melee options, but what if you want something with more range? Light Arrows, one of three types you can fire in the game, will do the trick. Here’s where to find them.

Your first objective marker will eventually lead you to the top of the Light Tower. It’s a long climb, as you bounce past damaging radiant beams and escape from a massive sword that pelts you with bursts of magic spells. When you finally reach the top of the tower, you’ll have to face that giant sword in a boss encounter.

To take it down, you need to know its three attacks. For the first, it’ll stab into the middle of the arena and spin around, summoning columns of light. Run against the wind and look to the ground to see where you can safely stand as the light beams emerge. For the second attack, the sword will attempt to stab right down into you. Again, watch the ground to see where it’s targeting, then hit your dash to avoid it.

Finally, the sword will summon four portals as a giant blade collapses onto the screen from the left or right side. To avoid this, run in the direction the sword is falling and dash into the portal. When you emerge up top, dash again to clear the blade of the sword, as it’ll still be on screen for a moment. You’ll need to do this a few times, on alternating sides.

After each attack, whether you avoid damage or not, the giant sword will hover closer to the main platform and summon some platforms. Quickly climb these, avoiding the magic spells, to hit the sword’s red gems with an aerial attacks. Five blows will bring it down.

Once it’s down, you’ll be treated to one of the game’s lovely cutscenes. You’ll then receive the Light Arrows in the next chamber. These can be used to not only attack enemies from a distance, but also to hit glowing targets. These targets can open locked doors, create platforms, and more. There’s a whole range of new areas to explore once you’ve unlocked Light Arrows.