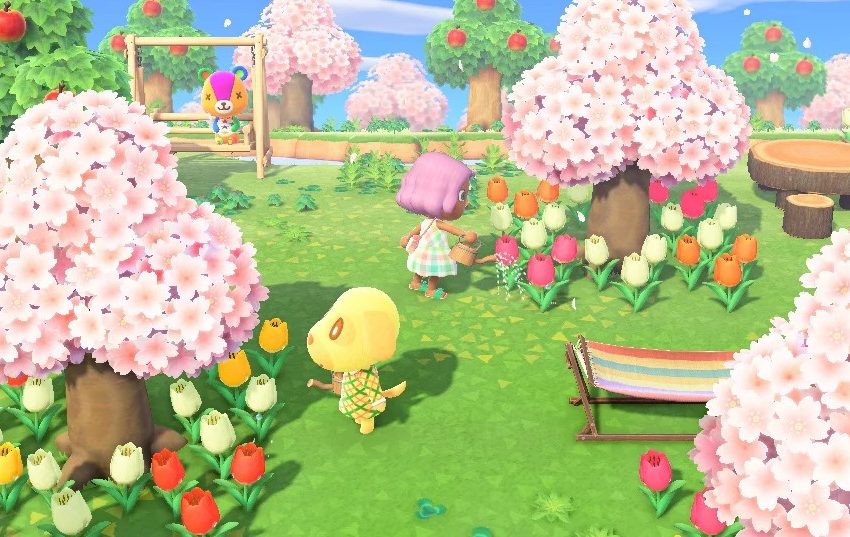 Today’s Animal Crossing: New Horizons Nintendo Direct was the last big opportunity for fans to see what the new game has to offer before release next month, with a huge set of new features, updates, and additions to the game that is sure to make any budding deserted islander excited.

However, there’s a lot to cover, so to make things easier for you, we’ve put all of the new reveals into one post. Here is everything that was revealed in the Feb. 20 Animal Crossing Nintendo Direct.

The Changing of the seasons

Nook Inc. wants you to enjoy your stay on the remote deserted island that on offer. Not everyone prefers a particular time of year, so with that, you can choose whether you want to take a trip to a Northern or a Southern Hemisphere island, where the seasons are flipped. Seasons work like real life, meaning that you can start on Northern Hemisphere as Spring is beginning, or on the Southern Hemisphere and enjoy the chillier Autumn months, to begin with. All seasons present different activities that you can do, so there’s plenty to fun no matter where you start.

Make the island your own

The island offers DIY workshops to players to be able to create and use a wide number of tools and objects, including furniture with which you can customize your home. Special skills also allow you to add color and custom designs to your crafts. With tools, you can deck out the rest of the island as you see fit, with ladders and bridges making travel around the island easier, while you can also obtain a permit that will allow you to pave your own paths and perform some major reconstructive work to the environment, such as taking out parts of cliff faces or widening the river.

Nook Inc. really likes to take care of its clients. You’ll be able to take advantage of a number of cool features that everyone’s favorite raccoon can provide. For example, the NookPhone will allow you to use some basic necessities, such as the camera to snap those cool moments over the island, a map to help you navigate, and even a telephone feature to call up other residents on the island.

Nook Miles also means that completing certain challenges and experiences present you with in-game rewards that can range from merchandise to helpful items for around the island. Plane tickets can also be purchased with Nook Miles to allow you to visit distant islands to use at any time (as the island’s airport is open 24 hours a day).

Party Play on a single Switch

Animal Crossing: New Horizons allows up to eight players to inhabit one island. This means that up to eight profiles on a single Switch will all be able to share their experiences together, with one player acting as the leader for the island. This is paired with the ability to allow up to four members of that island to be enjoying the activities at once. A recycle box allows any creatures or items found by followers (players other than the leader) to be stored on the island.

Do you fancy an adventure away from your deserted island? It’s always fun to go out and explore what else the world has to offer, and the Island Tour feature means that you can take a tour and end up on another, smaller island to explore, collect all manner of materials, and items and bring them back to your own. Where it is you’ll end up and what the island looks like, not even the pilot knows!

Part of the Nintendo Switch Online app, NookLink allows players to scan custom designs of their items from previous games, including Animal Crossing: New Leaf and Animal Crossing: Happy Home Designer using their smartphone and bring them into New Horizons through QR Codes. NookLink will also you to talk with your friends that also own the game, with the ability to use text or voice chat. The app won’t be available at the launch of the game, but will still available in March.

The island will be a small community to begin with, including only a small number of residents available to live on the island. However, as time goes on and the island continues to grow, more animals will look to start a new life on the island. This can be by naturally moving in or by asking some to join you. Castaways and ghosts that appear on the island may also open up opportunities for other creatures to make a new life on your deserted island.

As it grows, more facilities will also open up to the players to explore. The usual Resident Service will be available at the start, but some more interesting landmarks will start to appear. Examples include a museum that will showcase some of the cool parts of the island’s ecosystem, a shop that allows purchasing ready-made furniture, and a campsite that can be used to invite guests for a rousing good time.

The presentation also announced that New Horizons will continue to see content updates, with the first to be as soon as the launch day, which will allow you to celebrate Bunny Day, a special event occurring in April. This is likely to include updates to allow for themes of the seasons to be available, such as Christmas-style decorations or custom costumes for festivals and gatherings. There was no reveal as to how long the new content will continue, but it does signal Nintendo’s intent to make the game as replayable as possible.

There is also Amiibo support included in the game, meaning that any Animal Crossing Amiibo that you own can be used with the game. Doing so also allows you to go to the island of Photopia, where models can be used for creative photoshoots.

Finally, for players of Animal Crossing: Pocket Camp, if you also own a copy of New Horizons, you will receive special items for you to use each game. They didn’t reveal the items on stream but did confirm that when announced, you can find out what they are on the Animal Crossing Twitter page.

Animal Crossing: New Horizons is set for release on March 20.