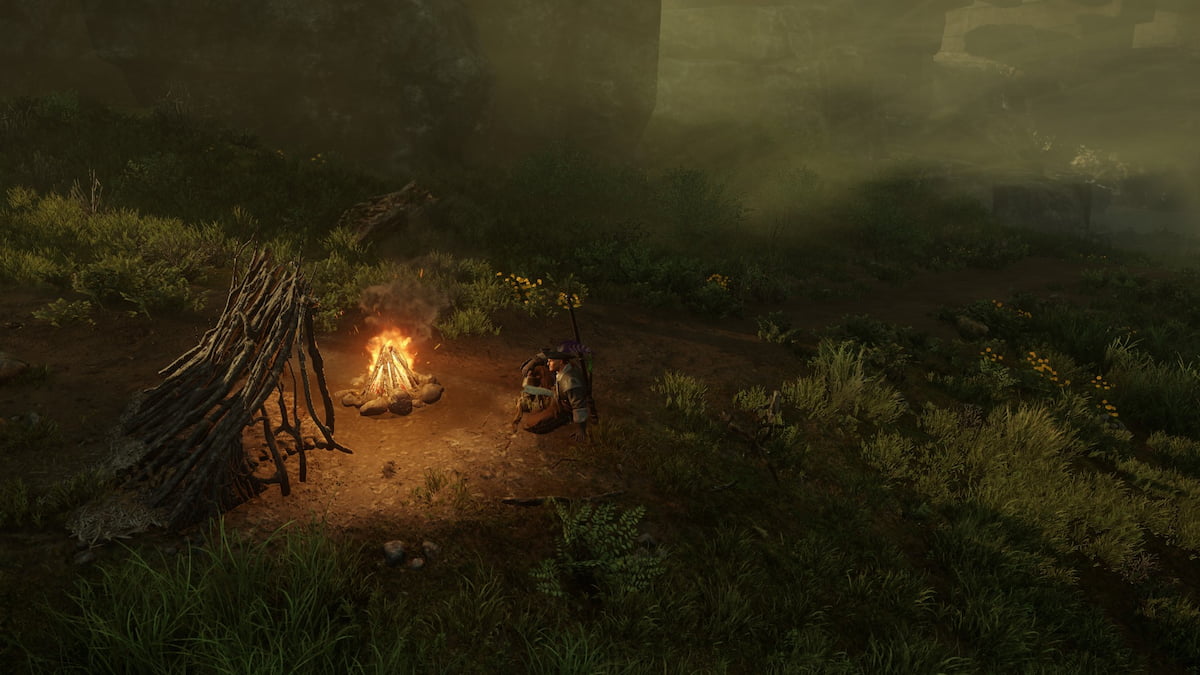 The camp you can make outside of a settlement in New World begins as a tier one. Eventually, you’ll be able to increase that tier by receiving upgrades as you make your way through the game, but you do have to go out of your way to unlock those upgrades. They come from various quests that you’ll receive from NPCs when you visit their cities. In this guide, we will detail all of the camp upgrade questions in New World and who gives them to you.

There are four camp upgrade quests that you’ll need to complete. By the end of this, your camp should become a tier five.

You may need to wait to progress through these quests naturally. For example, the Fading Lights quest comes from Derick Wardell, and you can find them in Edengrove. Edengrove is one of the final locations you can visit in New World and is recommended for some of the highest level characters. If you’re level 30 and trying to reach this location, you’re going to struggle running across the map. We recommend waiting until you reach the recommended level for each area.

Upon completing each of the quests listed above, you’ll receive the specific camp upgrade. You can place down your camp outside of a settlement, similar to when you initially used it at tier one.