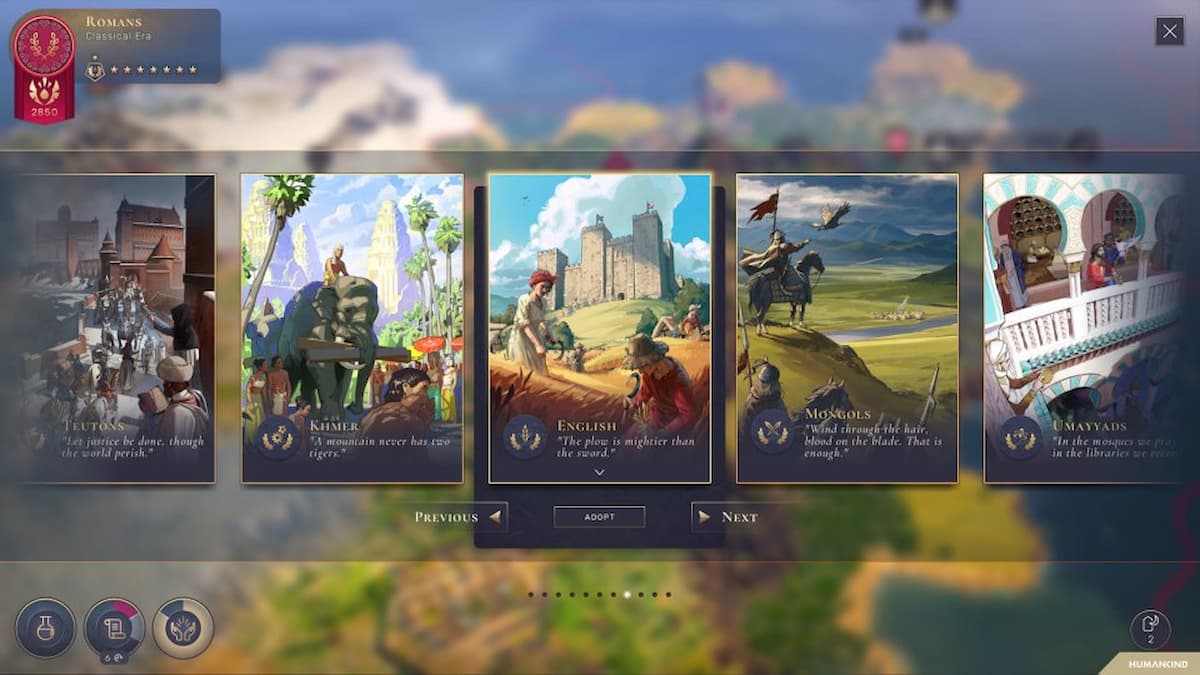 Players in Humankind distinguish themselves based on the culture they select during the Ancient Era, which sets the stage for their development in the ages to come. Each culture gives a distinct archetype, with defined strengths, mechanics, and unique units. Generally speaking, the archetypes are based on the affinities, as follows: