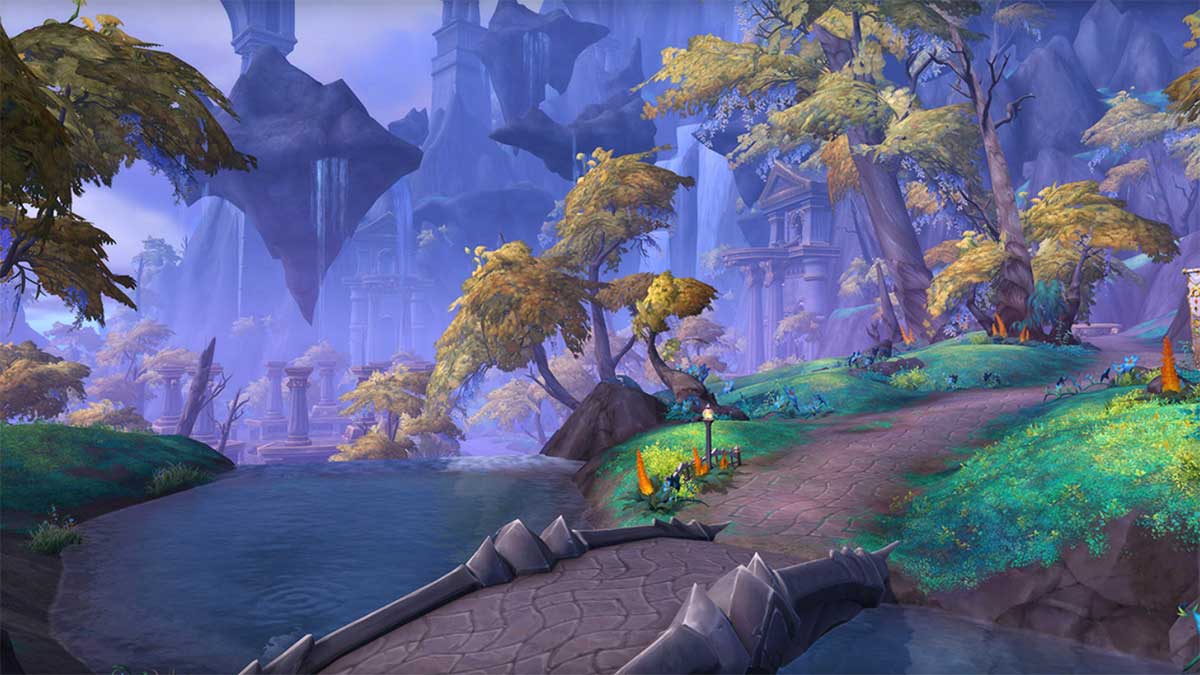 World of Warcraft: Dragonflight adds five new areas for players to explore. They cover a range of biomes, and each has its own story for players to uncover that helps form the broader campaign of the expansion. This guide explains what all the new areas in the Dragon Isles are so that you know where to explore first.

The Waking Shores is the opening zone in World of Warcraft: Dragonflight. This is where the Alliance and Horde are sending expeditions after the region’s awakening. No one really knows what to expect, and that’s because there’s a lot of crazy magic awakening around you as you explore, meaning you can find just about anything here. It’s where you’ll start the new expansion and progress outwards.

After starting their journey in The Waking Shores, players advance to the wide open spaces of the Ohn’ahran Plains. This will be a cinematic moment for players as they understand the sheer scale of the adventure ahead of them. Ohn’ahra is the god of the wild in World of Warcraft, and she guided the Centaur to this place where they have flourished unchallenged for centuries. Here, players will need to earn the trust of the Centaur to progress.

In The Azure Span, players will discover what is potentially the largest area in World of Warcraft to date. The forest encapsulates that feeling of being in a misty natural place early in the morning before the red wilds are revealed ahead of you. The location has an icy tundra area in addition to the lush forest and open plains, all of which are occupied by Gnolls. This enemy is what players will explore and learn about as they make their way through this third zone in The Dragon Isles, fighting alongside a familiar race as the Blue Dragons aid them.

The dragon ruins you see around The Dragon Isles are ancient, but in Thaldraszus, they’re all pristine. This is where you can learn more about each Dragonflight and take on exciting challenges with unique mechanics. The city is what dragons imagined a city would look like if they needed one, and you can find out more about them through their districts. A lot of stories will be told here, and dragon lore will be thoroughly expanded for anyone interested.

The Forbidden Reach is the starting zone for the new race in World of Warcraft: Dragonflight, the Dracthyr. The island is located off the coast of the Dragon Isles and has lain dormant after a devastating battle. This is where you’ll start your journey if you want to pick up the new race and run with it from day one.