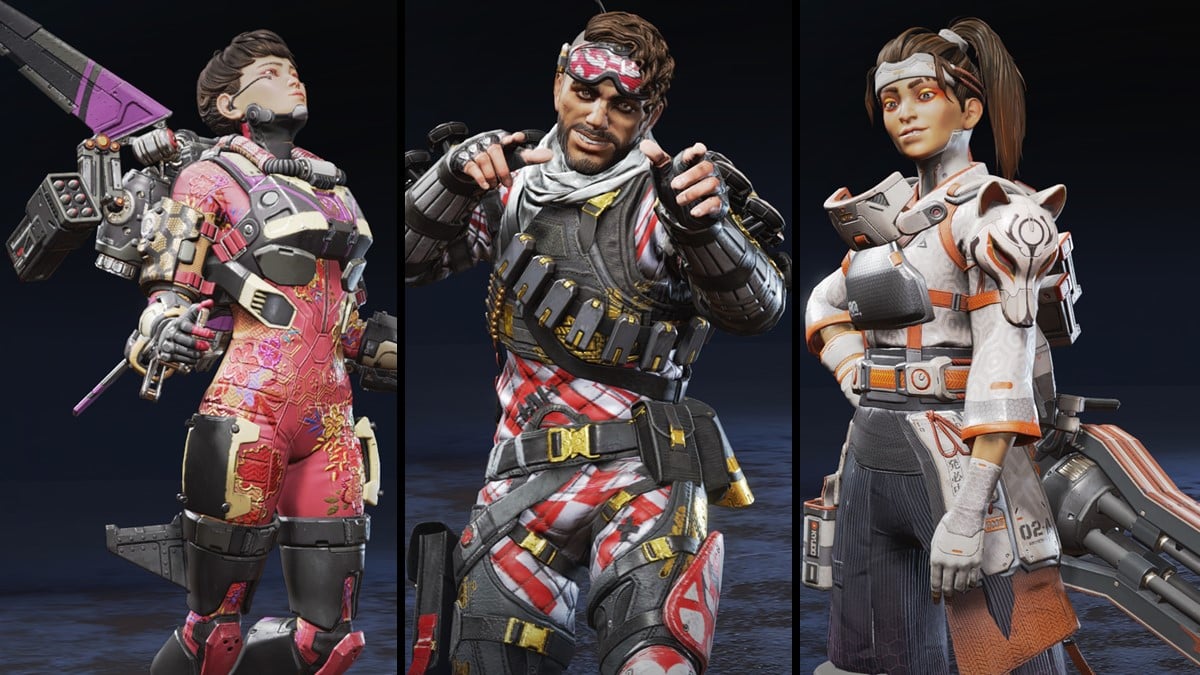 Season 9: Legacy is finally upon us in Apex Legends, and with that comes a brand-new slew of Battle Pass exclusive Legend skins. These skins will only be available for Season 9, and will not come back for future events, but Respawn may eventually recolor the two legendary skins. Let’s dig into all of the Legend skins exclusive to the Season 9 Battle Pass.

As usual, the Season 9 Battle Pass contains six brand-new, never-before-seen Legend skins. Five of them are premium only, and one is free on the Battle Pass at level 53. There are two Legendary skins and four rare skins. There are no epic skins on the Battle Pass. While we are a little peeved that Wraith is getting yet another Battle Pass skin, the other skins are pretty exciting. Even though they are only rare-tier, Valkyrie and Mirage’s skins are both really nice. We especially like Mirage’s eye makeup, and Rampart’s skin is stunning.