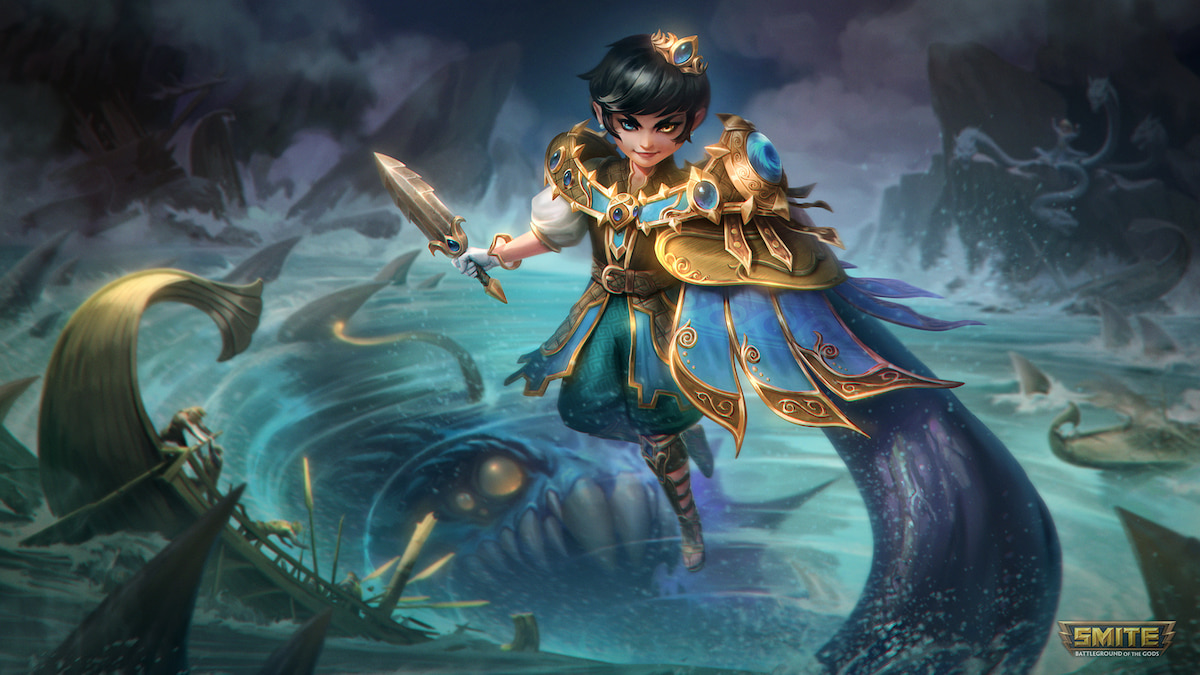 Charybdis is a ranged hunter in Smite that is a mixture of Posideon and Scylla, two mages. While Charybdis is not a mage, her abilities give her the chance to become a devastating attacker in the duo lane. These are all of the abilities she can use.

All of Charybdis abilities

Raging tides is Charybdis’ passive ability. It increases her attack speed while her Tide increases by landing successful basic attacks. As a result, she deals less damage with item effect activations.

Spike shot is Charybdis’ first ability. She fires out the maw in front of her dealing Basic Attack damage. The projectiles that she fires pass through minions. They’re wider and faster than her normal basic attacks. When they land on an enemy god and walls, the spikes deal additional damage to the target.

Capsize is Charybdis’ second ability. She absorbs water around her and fires it back out. Enemies hit by the last receive a Slow and Physical Protection debuff. You can channel this ability at a longer rate, consuming Tide, forcing the pool radius to increase, increasing the debuff, and dealing more damage. This ability will only consume 40% of Tide.

Whirlpool form is Charybdis’ third ability. She dives down into a whirlpool below her, moving faster and dealing damage to enemies caught in the whirlpool cycle. By clicking the ability again, the Whirlpool form can be increased and spends 30% Tide to do it, increasing the damage and Charybdis’ movement speed. While in this form, Charybdis is untargetable and immune to damage.

The maw hungers is Charybdis’ ultimate ability. She reveals her real form, becoming immune to Crowd Control for six seconds, increasing her movement speed. The attack, The Maw, charges forward, damaging and carrying enemies back to hit before chomping down on them, damaging and stunning them. If Charybdis kills any gods with this attack, she gains another six seconds of Crowd Control immunity and can fire the attack again.