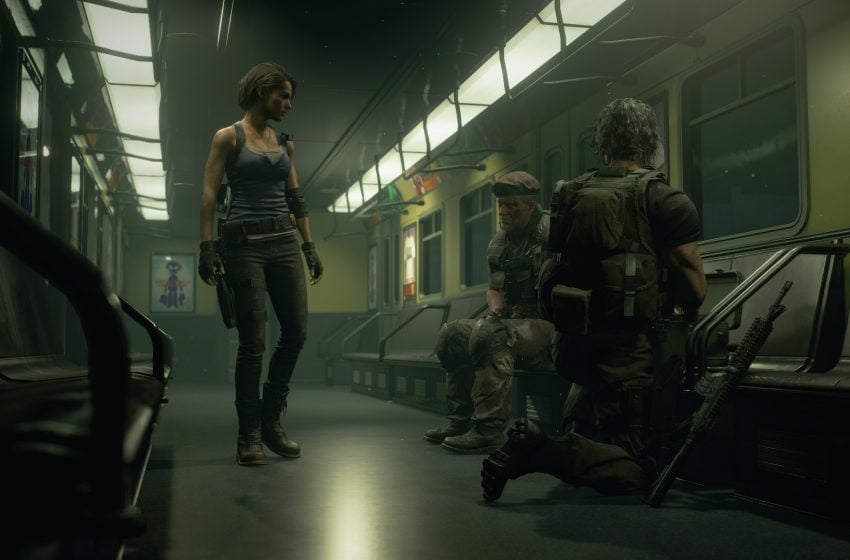 You have the option to modify the appearance of the two different heroes in Resident Evil 3: Remake, specifically Jill Valentine and Carlos Oliveira. Some of them are provided to players for having pre-ordered the game, and others are obtained in different ways that require players to test their skills in the game.

Here are all of the outfits available in Resident Evil 3: Remake and what you need to do to unlock them. Both of the characters come with default skins, so no need to worry about those.

You have the option of altering Jill Valentine’s appearance to feature her wearing her original outfit, which she wore when the game first released in 1999. It’s far less tactical than her default costume and comes with a hoodie wrapped around her waist. This outfit was a pre-order bonus.

First, you have the unlock the store to gain access to this costume. You need to play through Resident Evil 3 Remake at least once, on any difficulty. From there, you will gain access to the store, which you can find on the main menu. You can find this costume as an available purchase for 2,000 points. You earn points by completing challenges done through the game, and by going through the game once, naturally, you should have enough to unlock this outfit.

This outfit alters Carlos’ default hair in the game, giving him less of a messy look, but it’s still long in the back. This outfit only changes his hair, whereas everything else about him and his attire remains the same. To unlock this outfit you need to have pre-ordered the game, but it may become available later on as a potential side purchase.

At the time of this writing, Resident Evil 3 Remake only features these costumes. Two of them are acquired by pre-ordering the game ahead of time, and the one you buy I the shop, Jill’s S.T.A.R.S Gear is only available by beating the game once. Luckily, none of these outfits alter the game in any fashion. They’re aesthetic options players have the choice of turning on if they want to modify how the character looks. Capcom may add more in the future, but as of this writing, we have no news or information about that.

There are plenty of puzzles and other things to unlock in the game, waiting for players to venture further into the game. Make sure to delve deeper into Resident Evil 3: Remake to learn what they are, and if you complete the game to unlock the shop, unlock codes to give your favorite weapon unlimited ammo, your character more health, or have them do more damage against zombies and bosses.