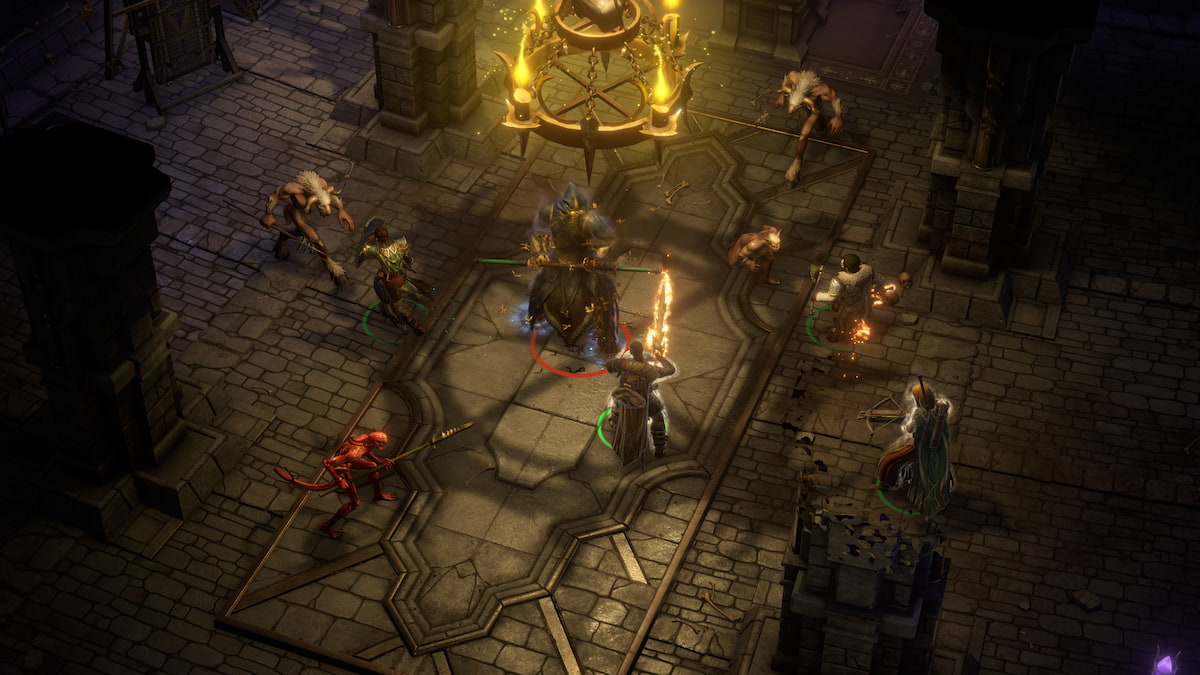 All races in Pathfinder: Wrath of the Righteous

The Aasimar are people who are considered to be half-human and half celestial. They do not gain any ability modifier bonuses with their base choice, but when picking a heritage, you’ll choose what type of racial bonuses you want to receive, along with an ability. They’re an extremely versatile race, ideal for nearly any class.

The Dhampir have a bit of vampire blood in their veins and are resistant against the undead. When you select your character’s heritage, you’ll have several choices that modify your character’s ability and skill scores but do not come with a power.

Dwarves are natural fighters, and they’re particularly harder. They have a hatred towards Orcs and Goblinoids, gaining an attack bonus against them in battle and gaining a defense bonus when fighting Giants. When picking their heritage, you only have three choices. They gain a bonus to their constitution and wisdom scores but a negative to their charisma.

Elves have a particularly sharp perceptional, and they’re agile creatures, capable of accessing Elven magic. When picking their heritage, you’ll only be able to choose between three choices, amplifying their magical talents. They gain a bonus to their dexterity and intelligence but have a negative to their constitution.

Gnomes are small creatures with keen sense, with a little bit of magic on their side. While small, they’re decently robust. They only have three heritages to pick from. They gain a bonus to their constitution and charisma scores but have a negative for their strength.

Half-elves are the middle ground between Elf and Human. They have the keen sense of an Elf and Elven immunities, but they have access to the same magic. One of their three heritage choices can give them access to Elven magic, though. In addition, they can choose to add two points to any ability of their choice at the start of the game.

Halflings are slightly similar to Gnomes, but they’re far less robust and rely on their agility far more. They’re able to use their quicker speed to remove themselves from certain situations, and they’re ideal at getting into places larger people normally could not. They gain a bonus to their dexterity and charisma ability scores but have a negative to their strength.

Humans are the most generalist of characters. You can mold them however you want, and they gain an additional feat at the start of the game. They do not have a heritage. When you start the game, they can give any ability score a plus two.

Oread are humans with a heritage line of some form of an earth elemental, granting them resistance to acid and keen sense. They have three heritages that modify their ability scores and grant them a new power.

Tiefling are outworldish beings that were the offspring of humans and fiends. Many are misunderstood and immediately thought to be demons. They have several heritage options based on the type of demons one of their parents were, modifying their ability scores and talents.