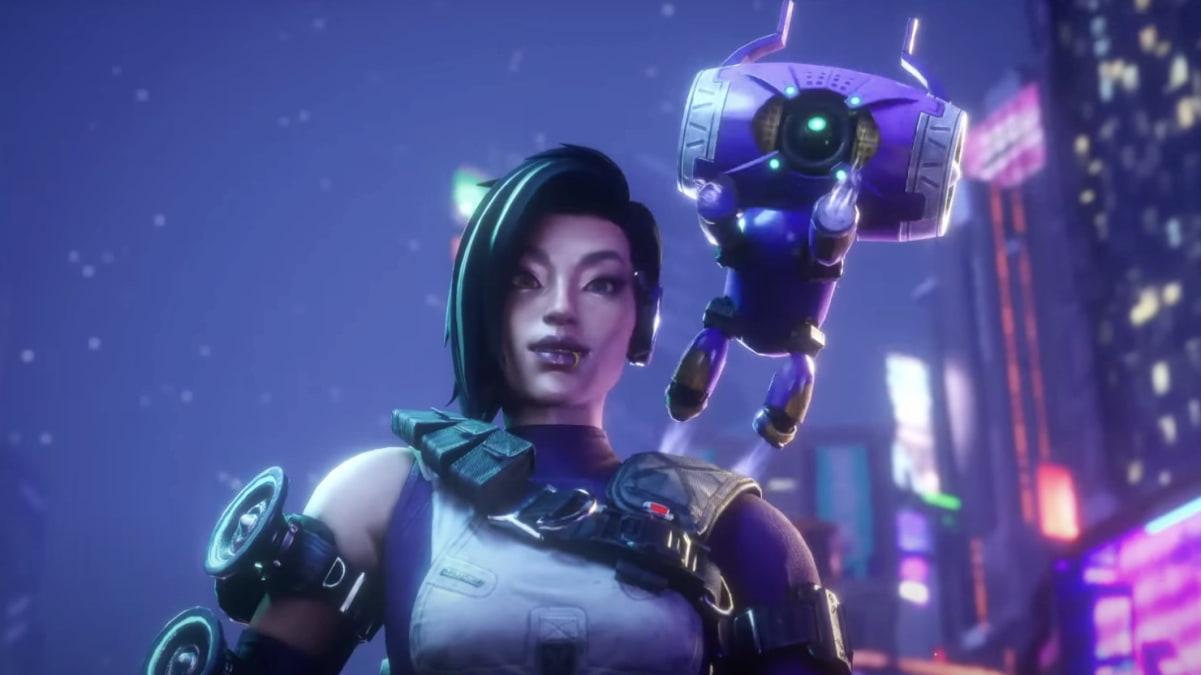 Apex Legends Mobile players have seen already seen one exclusive Legend in Fade, but now a second mobile-only character known as Rhapsody has come to Season 2: Distortion. As no coincidence, Rhapsody is revealed to be a female DJ that is accompanied by an adorable bot named Rowdy. Thus, you can expect the two to use musical abilities on the battlefield to pump up teammates and hear nearby enemies. Here’s every move included with Rhapsody in Apex Legends Mobile.

With much of her moveset revolving around sound, Rhapsody is certainly a defensive character more than anything else. These abilities range from speed boosts to a massive deployable shield, but there’s much more. Players who unlock her will also have access to her skill tree, allowing her to have a variety of perks. For one, the Harmony perk bolsters her revive and self-healing speeds after she uses her Tactical. In the meantime, you can discover each of Rhapsody’s main abilities below.

Rhapsody’s Gifted Ear Passive ability allows the Legend to pick up and visualize sounds from an extended range. This essentially means users are able to spot nearby enemy movement through buildings, walls, or objects.

As revealed in the Legend’s cinematic trailer, Hype Anthem lets Rhapsody play a song to increase squadmates’ movement speed and shield health. We recommend finding cover when using this Tactical, as any damage taken during this process will abruptly end its benefits.

It may not technically be Rhapsody’s ability, but this Ultimate move is when her bot Rowdy comes onto the field to deploy a colorful shield to protect the Legend and her teammates from a gunfight. However, it may be most useful when hiding from enemies with the shield also blocking any incoming location scans.

Mobile’s second season introduces a wealth of other content aside from this hip Legend. Most notably, it delivers two new game modes in Gun Game and Hack, as well as maps Pythas Block 0 and the beloved King’s Canyon. Players can even prepare to witness some stat changes to underpowered weapons, as the EVA-8, Devotion, and Peacekeeper have all earned an increase in their damage stats.