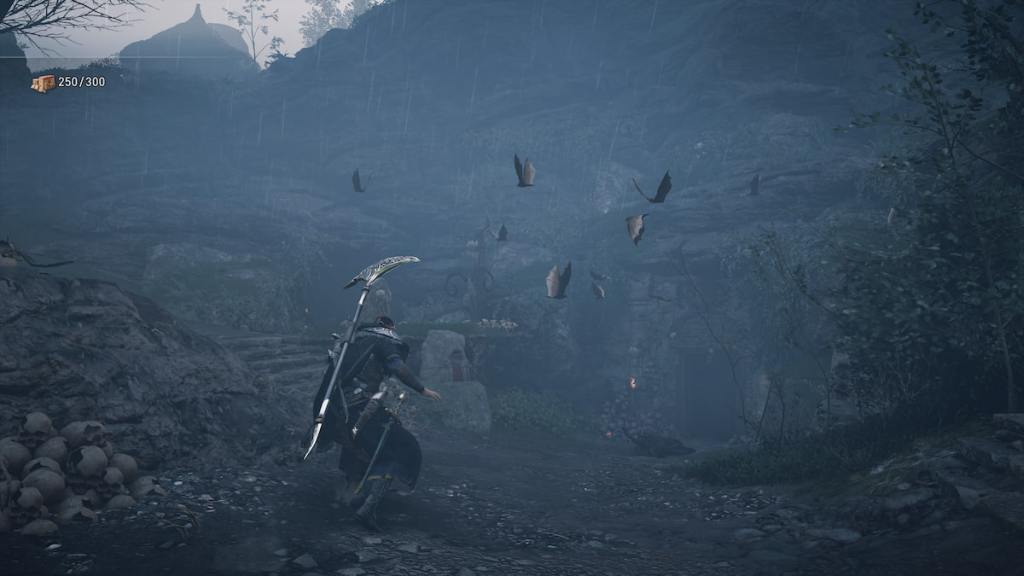 The first gear piece you can find on the River Berbha is Lugh’s helmet. It’ll be at the Port Lairge, a location you can attack the west side of the river. It won’t be heavily defended, but it’s a full location. It will be inside one of the treasure chests.

The second gear piece you can find is Lugh’s disguise, a cloak you can wear on Eivor’s back. Unlike the helmet, it’s a bit more heavily guarded and is deep in the River Berbha. You’ll have to travel to the eastern part of the river and fight your way to the Berbha Fortification, a massive fort full of guards. If you attempt to assault this location, we recommend you do it when defenses and the alarm bar is low. You’ll have to fight through several elite guards to break the defenses, but the cloak will be there in one of the chests.

The final Gear and Weapon equipment location can only be found after you’ve completed all of the Lugh’s Legend quest steps. This takes you to all three rivers, Berbha, Erriff, and the Rhine. After you’ve completed the quest, a champion will be available for you to battle against on the River Berbha, and that’s when the final gear piece unlocks, the Superior Hammer Celtic Crusher. You can find the Champion at the Festering Valley at the center of the river.