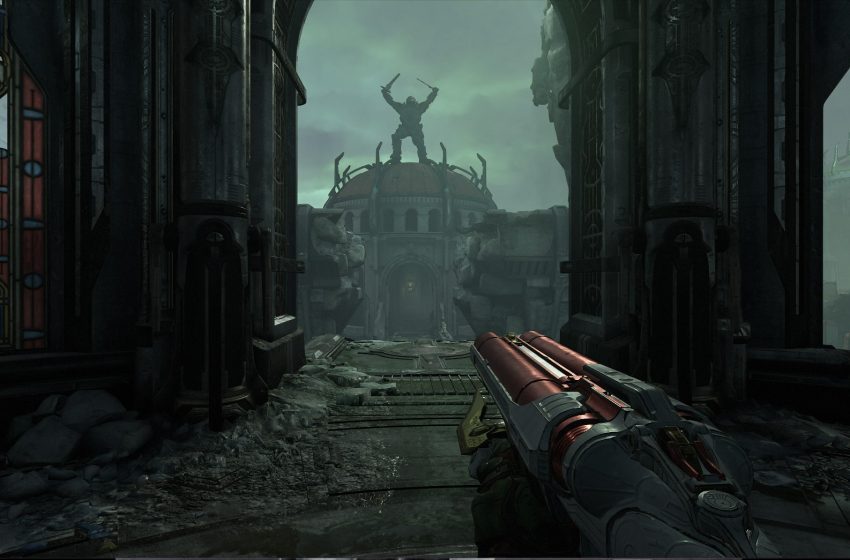 Fighting is essential in Doom: Eternal. It’s the core of the game’s quality, and engaging in more combat is never a bad thing. Scattered throughout several of the levels are secret encounters you can engage in to receive a higher score, and grab some additional collectibles. There are two on Exultia, and both are pretty quick to find.

The first secret encounter is found across a ravine. To access it, you need to grab hold of two yellow bars and dash across the large gap. From where you stand, you need to be on the higher ledge and perform a double jump. At the ending arch of that second jump, dash forward to grab the first bar. When you leap forward, perform another series of double jumps to make it to the next bar, swing off it, and then make another double jump to the other side. The first secret encounter is behind the statue.

The second and final secret encounter’s location is after you grab the second sentinel battery to power the large mech’s spear to cross a significant gap. After you ignite the spear, turn around from your position and go to the mech’s hand. Alongside the hand, there should be a small ledge lip you can follow down. Make your way down the path, and the secret encounter should be at the end of the small crevice, against the mech.

You need to complete all of the secret encounters of a level to fill out the Demonic Corruption meter. Make sure to find them all, and you can return to the mission if you miss them. You cannot repeat them in mission select after already completing them.