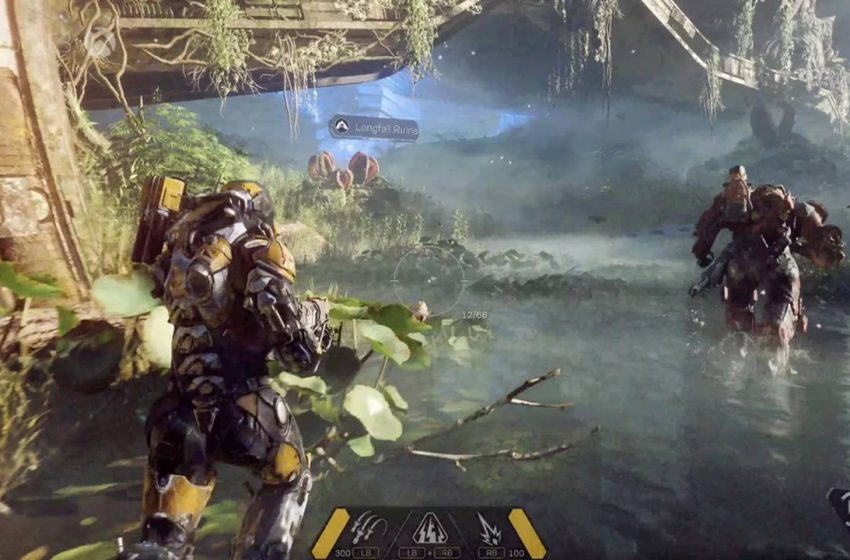 The classic ranger Javelin in Anthem tries to do the job of other classes, making it a staple for players who don’t quite know their playstyle yet. It’s an excellent starter mech to keep your decisions versatile. It does come with plenty of secrets, though. When you start to play around with what the ranger can do, you’ll find this Javelin capable of hitting all the right notes with the right player.

We’ve crafted a guide made to show you what makes the ranger Javelin special and to turn you into a crucial member of your Freelancer squad.

With the ranger, you won’t find too many people using this Javelin to jump head first into the heart of a horde of enemies. The ranger feels far better suited to remain a reasonable distance away from the action, using an assault rifle or a marksman rifle to lay down fire on a single target. It’s not a Javelin incapable of entering close quarters combat with a shotgun, but the class’ gear doesn’t compliment this playstyle.

The main arsenal, the grenade gear, prove this claim. All of the grenades available to it deals area of effect (AoE) damage, as the ranger was made to clear out foes one at a time and clean up the battlefield. The AoE effects of the grenade are smaller than any attack of the colossus or the storm Javelin, making it ideal to tackle the one target everyone’s working to bring down. There are two abilities, the Sticky Grenades and Spark Beam, capable of making the ranger a close range Javelin, but this places additional weight on the team to clear out the more significant groups found in most encounters. It’s better to stick with what the ranger’s good at — remaining at a distance and supporting the squad’s tank by focusing fire on a stronger foe surrounded by smaller, weaker grunts.

When the ranger’s ultimate is ready, you unleash a barrage of missiles on multiple targets or a single, deadly foe. Your ranger aims at all the targets on its view screen, syncing with its gear to highlight them before they receive a heavy barrage of missiles. The longer you stay in this mode, the more enemies your Javelin targets before it unleashes.

The Ranger’s Offensive and Support Abilities

Time to optimize your ranger’s single-target capabilities by raining consistent fire on a foe with the marksman rifle. Once that’s run out, switch out an assault rifle and make short work of them. If they have a shield, it’s better to use the assault rifle first. You’ll want to bring either the Sticky Grenades or an Inferno to deal a great deal of damage over time. Because you’re wanting to take down the opponent causing the most trouble, having the Spark Beam or Venom Darts handy can bring their health down even faster. Cap off your gear with the Muster Point support gear, and you’re ready to fight any legendary opponent.
You’ll want to have a shield component to boost your protections, along with ones granting you access to heftier magazines for your weapons. Bring a Thermal Regulator component with you if you plan on taking the Venom Darts, and stack that acid damage. If not, the general Grenade Augment should do fine to increase any specialized gear you plan to have at the ready.

Time to get a little closer with a light machine gun, and an assault rifle in your back pocket. The light machine can make short work of any shielded opponent, or deal massive damage to the exposed weak point for a strong foe. You’ll want to take the Frost Grenade because if you can hit multiple unshielded enemies with it, you can leave them open for your squadmates to combo off of while you’re handling whatever larger target is dominating the field. The Pulse Blast or the Seeking missile can serve as great compliments for your weapons. You’ll bring the guns, and the fun. With this build, you’ll want to have a Bulwark Point.

Because you’re up close more, have components that upgrade your armor reinforcement and your shields. You’ll want to prepare your Javelin to deal with a high intensity of enemy fire. To remain on the move, have a component to reduce your jet’s heat, allowing you to hover longer and glide around the moment. You can stay an ideal target throughout the fight and keep up with the more agile enemies.

There’s no greater feeling than taking out a shotgun and you take down a target with a single shot. The worst part is having to deal with the aftermath and reloading. Have a machine pistol as your secondary, or if you mesh better with a light machine gun, that works too. Whichever you choose, you want to bring a weapon with a high rate of fire to remove any foe you’ve already devastated with your first series of shotgun blasts. You’re going to want to take the Seeker Grenades or the class Frag with you to complement your massive rate of fire. If you know a boss calls forth multiple minions for help, the Seeker Grenades are a better bet. Lastly, you’ll want the Seeking Missile at the ready to blow away any large foe.

Being this close comes with its disadvantages, one of them being reloading. With a shotgun, you can load in the first two slugs and fire at a nearby foe. However, with the light machine gun or machine pistol, you have to wait the entire time. Equip components that expand your magazines or prepare to find yourself consistently reloading behind enemy lines. You’ll also want support from your allies, so a combo augment goes a long way.