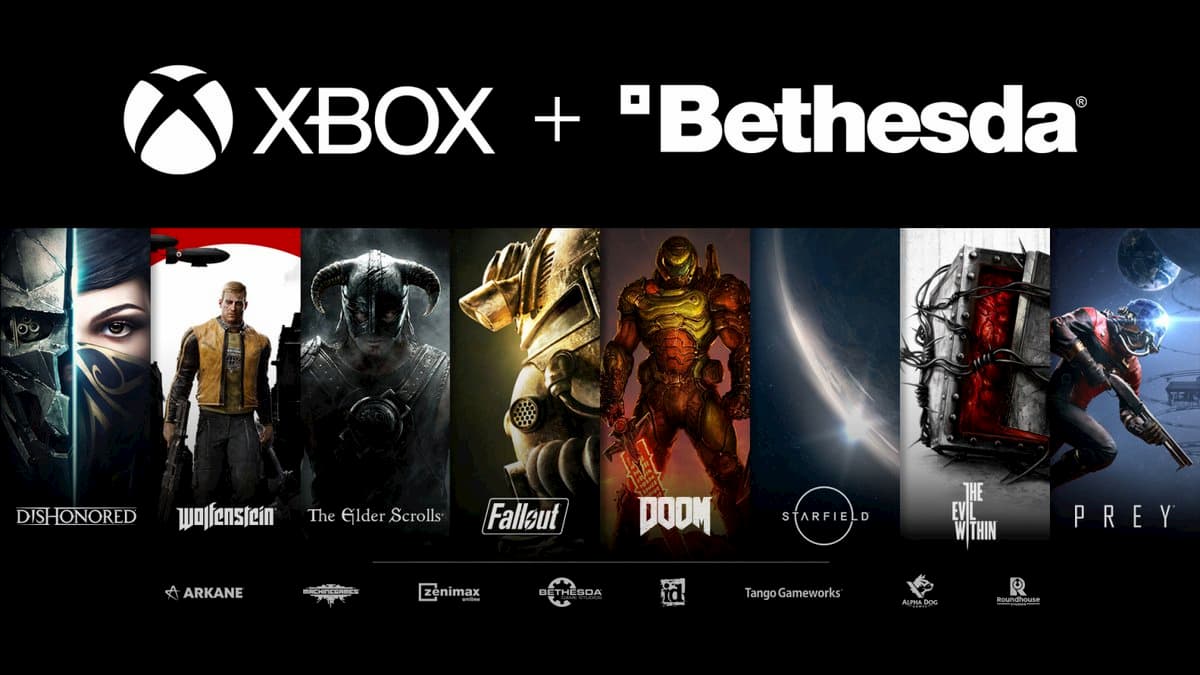 Microsoft took a massive leap forward and added the ZeniMax company to their studios’ collection, which means that Bethesda video games have now entered the Xbox family. That means the developers behind Doom, Wolfenstein, Dishonored, The Elder Scrolls, The Evil Within, Prey, Starfield, and many more are included in the deal. For players many are curious about what this new $7.5 billion deal means for them. Can we expect all of these games to become Xbox exclusives, and if so, does that mean that they won’t release to the PlayStation 5 or Nintendo Switch in the future?

Luckily, Microsoft has added 20 developers to the Xbox Gaming Studios over the past few years, and given acquisitions, we can review what things look like for Bethesda. Fortunately, it’s doubtful all of these games are about to become Xbox exclusives. Many of them will likely continue to release on various platforms, for both PC on Steam, Sony’s PlayStation 5, and Nintendo’s Switch. However, it does mean Xbox products might receive a more lucrative option.

For example, The Outer Worlds released by Obisidian Entertainment is an excellent example to use for these predictions. Obsidian was acquired by and joined Xbox Game Studios in November 2018, shortly after they announced The Outer Worlds, a game they had already been working on, likely amid talks with Microsoft. When The Outer Worlds released, it came out to every platform it could on day one, all except the Nintendo Switch, which took additional time for the developers to have function properly. You could buy it on Steam, for a PlayStation 4, or an Xbox One. But you could also receive it for free on the Xbox Game Pass if you had a subscription. That’s the main appeal for working within the Xbox Game Studio, and it’s likely a trend we’ll see with the Bethesda games in the future.

However, Phil Spencer shared with Bloomberg that while it will honor the deals arranged between Bethesda and other companies before the merger, the developer’s games will release on Xbox, PC, and other consoles on a case by case basis. This information was shared by Jason Schreier, video game reporter at Bloomberg News.

To assist in quelling any fears players may have after hearing this news, Todd Howard, a director and executive producer at Bethesda Game Studios, shared his thoughts on a Bethesda blog post about the company’s future and how they planned to release games.

“Like our original partnership, this one is about more than one system or one screen,” Howard writes. “We share a deep belief in the fundamental power of games, in their ability to connect, empower, and bring joy. And a belief we should bring that to everyone – regardless of who you are, where you live, or what you play on. Regardless of the screen size, the controller, or your ability to even use one.”

We can expect to hear more details from both Microsoft and Bethesda about what the future holds for both of them. But rest assured, it doesn’t look like these games are going to exclusively available on the Xbox Series X or any future consoles Microsoft releases. All parties appear to want to work together and share gaming with everyone.