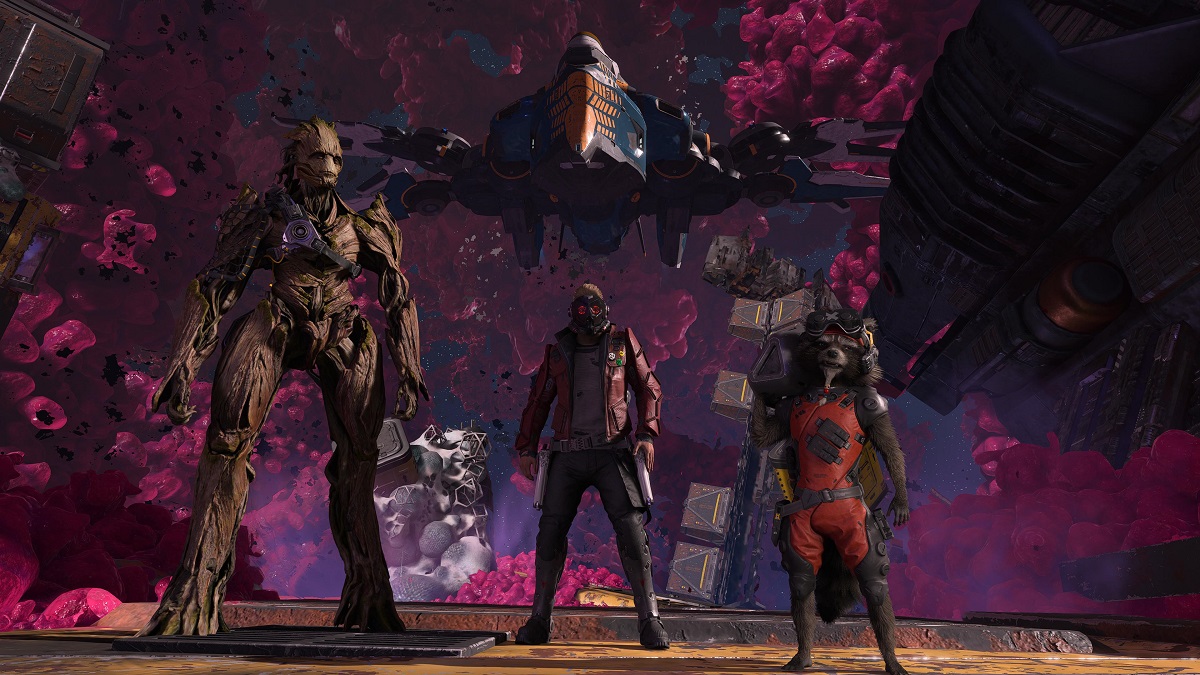 In Chapter 7 of Marvel’s Guardians of the Galaxy, the team is tasked with finding more about the fate of Hala’s Hope. As they are being transported by the continuum cortex through a space between time, reality, and different universes. Rocket explains, “We could theoretically go wherever and whenever, even the places that don’t exist.”

As we pass through this mysterious area, we see triangular portals that lead to another universe. On the left, we overhear “Hulk, Smash” and Captain America exclaim, “Avengers Assemble!” Starlord then comments on the name sounding lame.

Square Enix previously stated that Marvel’s Guardians of the Galaxy isn’t connected to its previous project Marvel’s Avengers. “No, this is a completely original story with our own fresh take on the Guardians,” the company said on Twitter.

The company didn’t particularly lie as the game states that they’re in an alternate timeline, but the existence of this realm certainly leaves open the opportunity for Eidos Montreal’s Guardians of the Galaxy to crossover with Crystal Dynamics’ Avengers in the future.